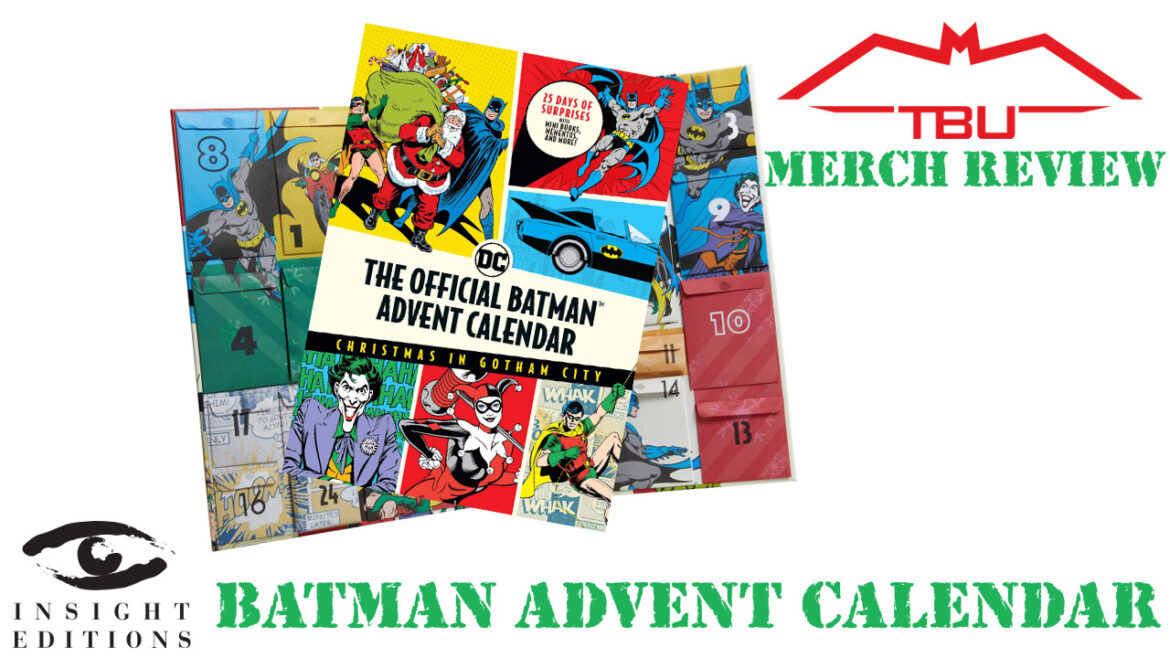 It has been some time since our last TBU Merch Review, but we are back for the time of the year when consumers are purchasing at a faster and greater rate than any other time of the year. That time is the holiday season. We have a number of items we will be looking at in the coming weeks, but we want to start off with something that would be appropriate for the upcoming season. Today, we are looking at the official Batman Advent Calendar from Insight Editions.

This new item was announced back in August and released last week. Insight Editions is no stranger to the Batman Universe previously releasing a variety of different publications featuring our favorite characters, including the recent Exploring Gotham City and Gotham City Cocktails. Every summer there seems to be an onslaught of new advent calendars announced from a variety of companies, but Insight Editions is the first one to exclusively feature the Batman Universe.

What makes this new release unique is that it includes a variety of items that are completely unexpected. Sure, the back of the package showcases some of the items fans can expect, but it also has plenty of surprises contained inside. One of the items I was most interested in was what I assumed would be a patch featuring the Mad Hatter’s coffee brand found from Detective Comics #759 in 2001. It is little things like this that are different and have the ability to set this release apart from other calendars out there. The patch is not contained in the book, but instead is a coaster featuring the coffee brand. It fits even better than a patch, and makes way more sense. Without giving too many of the surprises away, let’s take a look at the Batman Advent Calendar.

If you are interested in purchasing this item, consider buying it on Amazon using our affiliate link to help support TBU. You can find the Insight Editions Official Batman Advent Calendar on Amazon now.