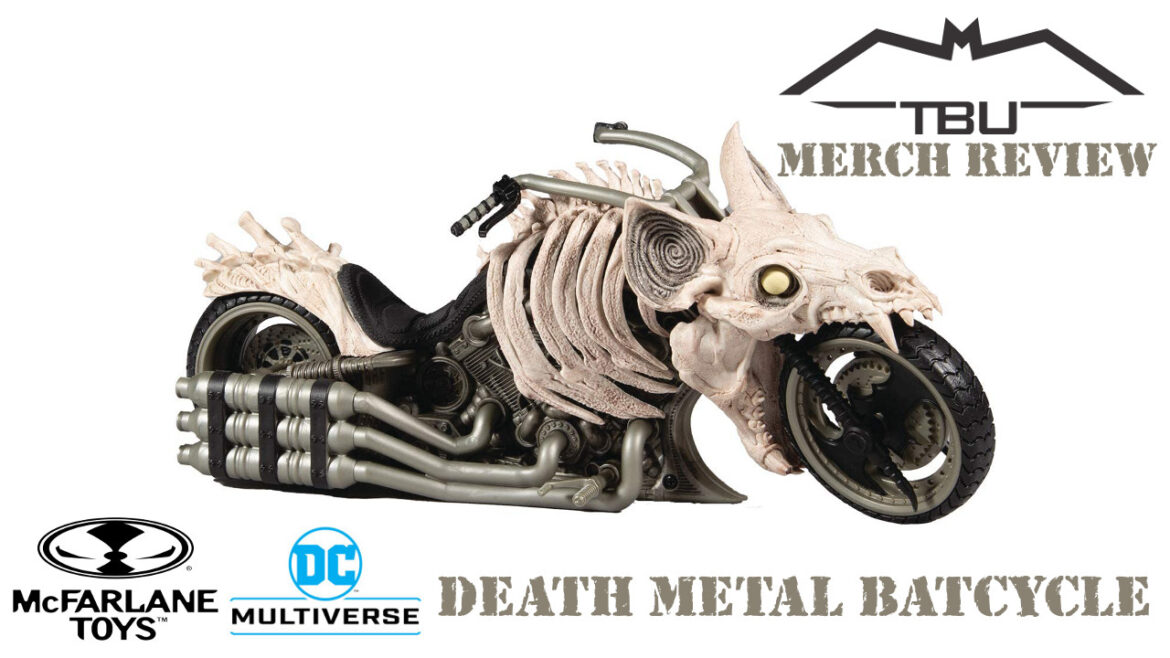 When the line first launched in 2020, McFarlane Toys released the Bat-Raptor. It isn’t exactly the vehicle that some would have assumed would be the first vehicle in a new line of figures, but it did make sense as far as when it was being produced. The vehicle first appeared in The Batman Who Laughs and appeared just over a year of when the toy was released. The next vehicle is the one we are discussing today, but before getting to that, let’s briefly mention the other vehicles that have appeared in the line.

After the Death Metal Batcycle, a new Batcycle was released for Batman: White Knight, and it is known that there is another Batcycle coming for The Batman. So at this point, there have been three vehicles released and two still coming. The second vehicle that is coming does is one that has been revealed, but does not have a firm release date at the moment, with the Batmobeast from Dark Nights: Death Metal.

That brings us to the review for the day. The Dark Nights: Death Metal Batcycle is one of the most unique vehicles to release in the line from McFarlane Toys. It is highly detailed and does not look like anything else released. It does remind me of the Kenner Legends of the Dark Knight Skywing Street Bike with the over-the-top bat-theming. The big difference is that the McFarlane release is based on something straight from the comics, while the Kenner vehicle was something created for the line. Let’s take a look.

We will likely get to reviewing the other vehicles in the line as they seem to be releasing a new one now twice a year to ensure new items are on store shelves. That said, if you are looking to add the McFarlane Toys DC Multiverse Dark Nights: Death Metal Batcycle to your collection, consider purchasing through Amazon as it helps support future reviews by supporting TBU through our affiliate link. Is this something you would want in your collection, or is the source too over the top for you?