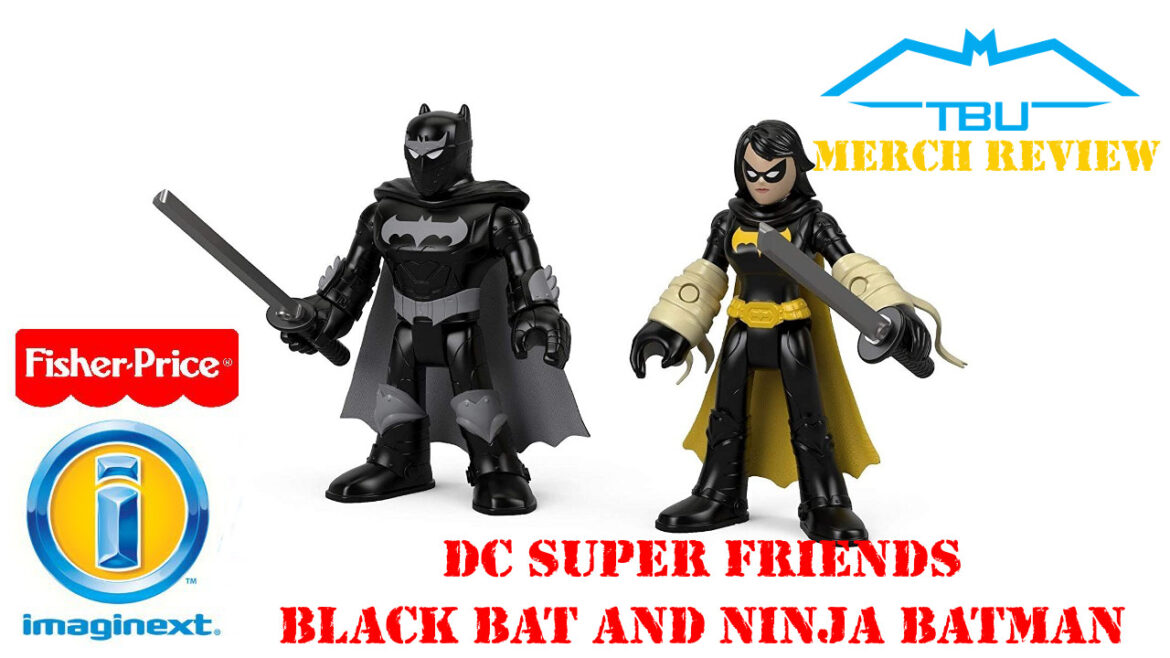 In a surprise to some, but not to this reviewer, Imaginext items are very popular on YouTube. So while we wait out a bunch of new items to arrive to review, we are taking a look at the Imaginext Black Bat and Ninja Batman figure pack from Fisher-Price released in 2019 for our next TBU Merch Review.

This pack is unique for a couple of different reasons. It is the first appearance of Cassandra Cain in the Imaginext line. It is a pack that features what some might claim is an obscure character from the Batman Universe. And finally, this took a while to track down in a physical retail setting. Let’s unpack each of these.

The Imaginext line has been really good about including a variety of characters over the years. Just in the last couple of years, we have seen Red Hood, Batwoman, Signal, and others appear for the first time in the line. One character who has a pretty extensive history compared to some of the other recent additions to the line, (let’s be honest here, the character was introduced over twenty years ago in the comics), is just making it into the line with the identity most comic fans probably would not immediately connect as her most prominent role.

Cassandra Cain’s first costumed character was Batgirl dating back to 1999. She held that role until she relinquished the moniker to Stephanie Brown in 2011. She then took over the role of Black Bat in 2011 and made very few appearances until the miniseries Batman: Gates of Gotham, which had her most prominent appearance in the role of Black Bat. After that, she faded into obscurity during the New 52 until she was reintroduced as Orphan in Batman and Robin Eternal in 2016. She has held that role until recently when she became a Batgirl yet again in Batgirls. The reason it is odd that she appears in the Imaginext line as Black Bat is because technically, she held the role in the comics for less than a year with very minimal appearances in the role. Either way, it is nice to see an obscure version of a character pop up in the line.

The last thing to mention for this pack is how difficult it was to find it in stores. This was revealed back in late 2018. The packaging dates it as 2018, but I don’t believe seeing this in stores until early 2019. I saw it once in stores and have not seen it since until a couple of months ago. The packs that typically feature female characters are harder to track down, but because of the appearance of Black Bat alongside a ninja Batman, this might have been one of the hardest sets to come across in a while as part of the Imaginext line. Let’s take a look.

As mentioned earlier, you may have a hard time tracking down this set in stores due to it being a couple of years old at this point and the rarity of Black Bat. That said, you can find the Fisher-Price Imaginext Black Bat and Ninja Batman figure pack on Amazon. By using our affiliate link, you are helping support these reviews and everything else we do here at TBU.