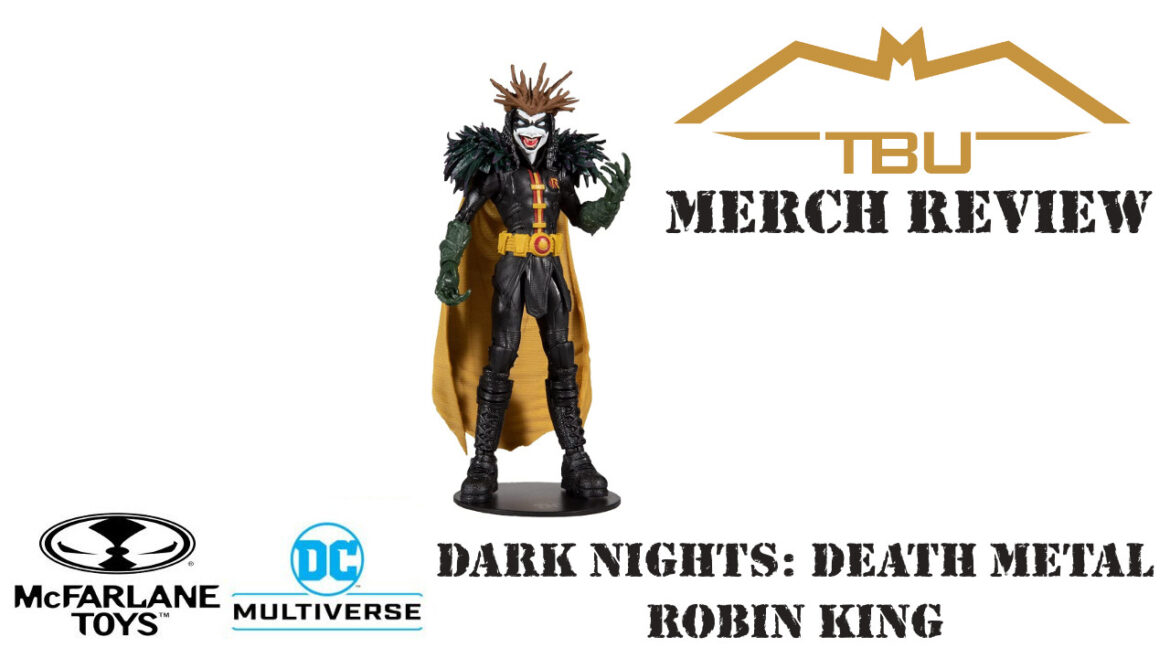 The latest TBU Merch review is probably not one you would expect on the eve of Christmas. When you get a good look at the item, you may question our sanity on picking this item for this time of year. But chips sometimes fall where they may, and today we are taking a look at the DC Multiverse Dark Nights: Death Metal Robin King action figure from McFarlane Toys.

We can’t really start the review without saying how creepy the figure and character it is based on really is. The character was created during the Dark Nights: Death Metal miniseries written by Scott Snyder and drawn by Greg Capullo. Capullo has come up with some insane creations and some of them are way more creepy than others. The concept of this character may top them all.

The Batman Who Laughs has a tragic backstory, but the Robin King is just straight psychotic. As a young boy, this version of Bruce Wayne was a cruel and violent take than we know. When his parents were mugged outside of a theater, the young Bruce Wayne attacked the mugger with a knife and killed him. When his parents showed a sign of being shocked, he picked up the mugger’s gun and shot his parents. There is a lot more to the story, but I would suggest reading Dark Nights: Death Metal if you want to learn more.

The name Robin King came from young Bruce learning about how robins steal the nests of other birds. He created his persona around this idea and eventually was introduced to the Batman Who Laughs. Let’s take a look at one of the creepiest figures McFarlane Toys has possibly released in the DC Multiverse line.

This review may have been poorly timed given the day on which this is released, but it doesn’t take away from the figure that is based on such a crazy version of Bruce Wayne. If you are looking to add this figure to your collection, consider purchasing the McFarlane Toys DC Multiverse Dark Nights: Death Metal Robin King at Amazon using our affiliate link. Using the link helps support future TBU merch reviews and everything else we create here at TBU.