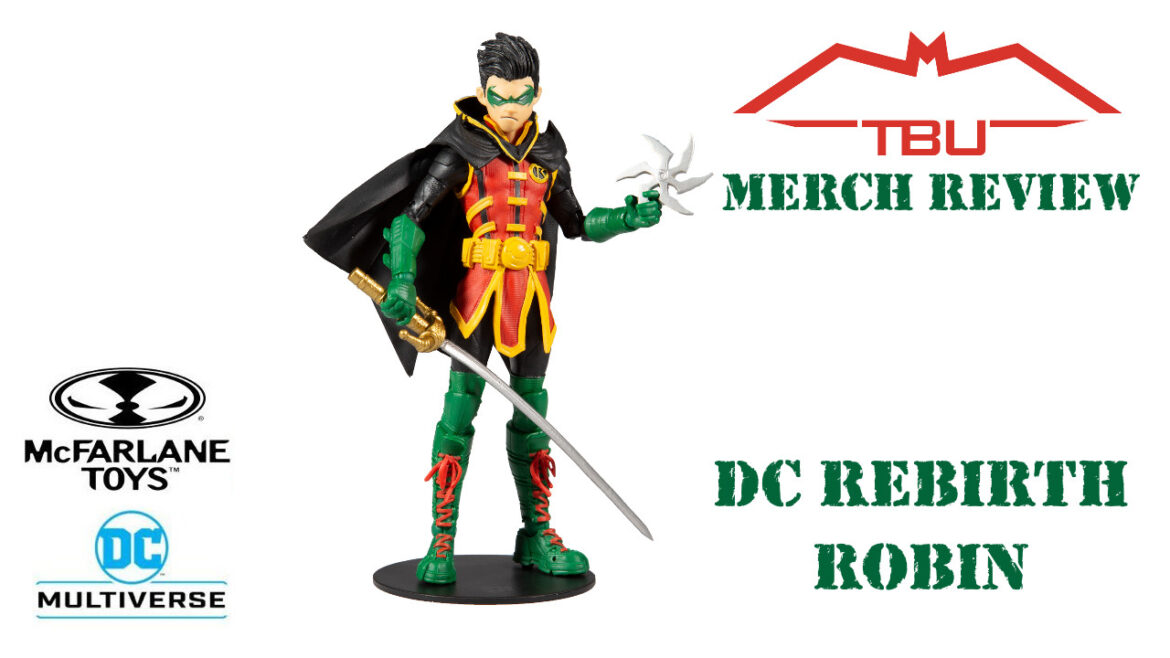 Today we head back to the DC Multiverse action figure line and its ever-growing number of characters featured. McFarlane Toys has offered a number of Batman Universe characters in action figure from but today’s review is the first appearance of Damian Wayne in the line as Robin from DC Rebirth.

This action figure is based on the appearance found in Teen Titans: Rebirth #1 that was released in September 2016 (I mistakenly listed the wrong issue and date in the video). While the same version of the character carried over the entire series, the art on the biography card along with the back of the packaging both shows off art from the cover of that issue.

Even the accessories that Robin is packaged with represent the items from that issue as the throwing stars are present on the cover. The sword that comes with is a reference to Deathstroke #33 which featured an event featuring both Batman and Robin from September 2018. While both versions of Robin are the same for the two stories referenced with the accessories, it is interesting that McFarlane Toys pulled from two very different storylines for this action figure.

The one thing of note with this figure is the attention to detail that while found in other figures, means more to a fan of the Bat-Family. We have reviewed various different versions of Batman and other characters, but this is one of the few that we have taken a look at that represent a common appearance and association for the character featured. From the molding for the cape that incorporates the hood to the flexible shoe laces on the boots, this figure just looks good. Let’s take a look.

Our hope is to look at more of the common versions of the Bat-Family in future reviews. While it is nice to have a wide variety of Batman Universe representation with the various figures, the core common versions of the characters are the ones that general fans will appreciate and gravitate towards rather than a creepy version of the character from an alternate continuity. If you are interested in purchasing the McFarlane Toys DC Rebirth Robin, consider using our affiliate link through Amazon, as it helps support these reviews and everything else we do here at TBU.