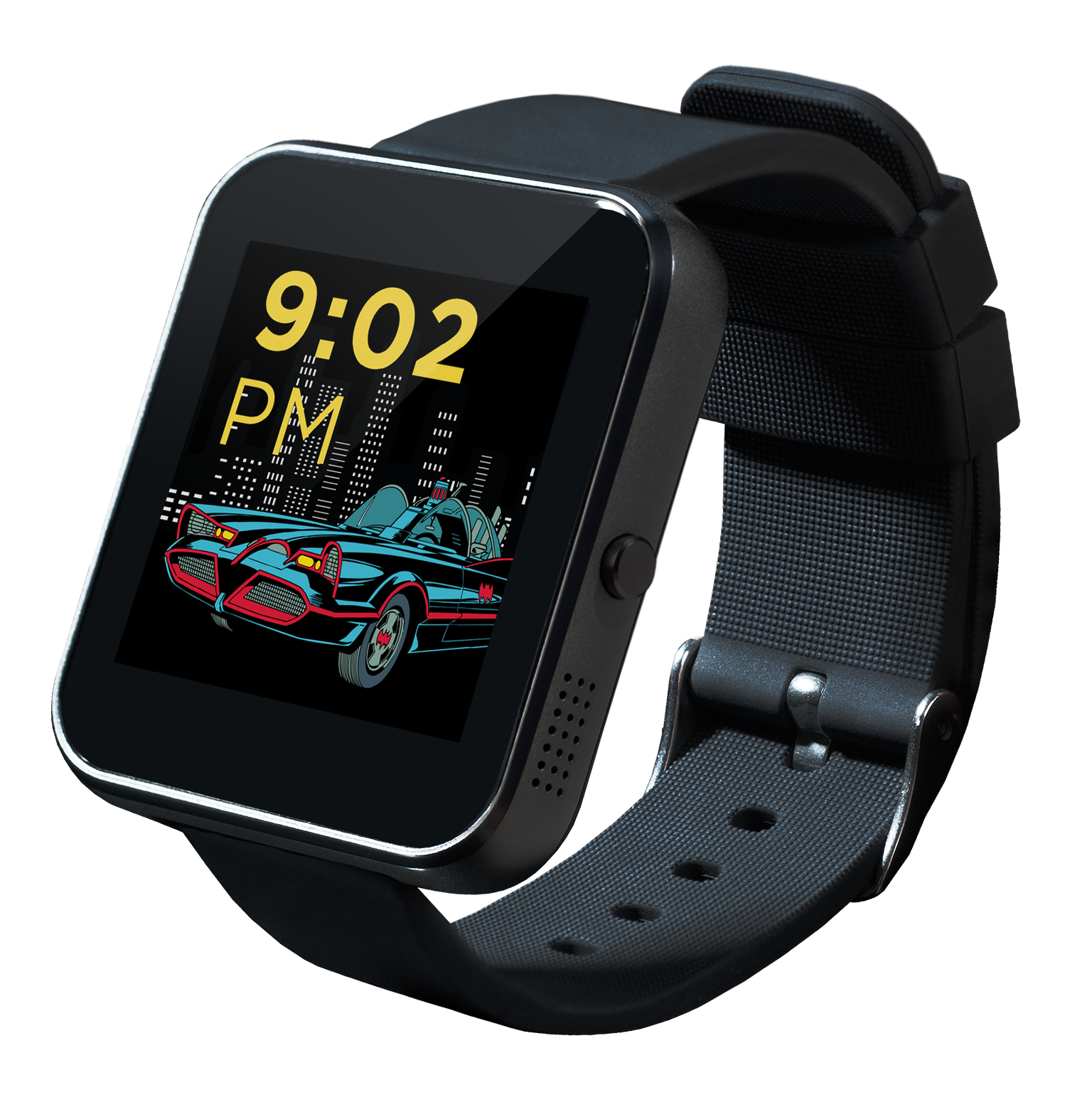 You may remember that back in January we ran a story about a new smartwatch that would be releasing featuring our favorite vigilante. I’ll be honest. At that point, I thought it was a cool idea but didn’t really get the whole smartwatch idea. The thing is, I used to wear a metal banded watch for years and eventually just stopped wearing watches in general. Part of that had to do with the fact that I was wearing the watch as a fashion accessory when I was out and about, and I just am not out like I used to be. The other reason was I wasn’t relying on my phone as much as I would be now.

My wife has had a FitBit for years now and as they slowly released newer versions that did more than just count steps, she upgraded her’s as well. Then we come to this summer. I turned thirty-two at the beginning of June and honestly have realized that despite having a job that keeps me in a chair most of the day, I have slowly let myself go and needed to start caring about how healthy I am. See, I was in the military from 2005-2009. During that time I deployed to Iraq and sustained injuries due to mortar fire. After having surgery to remove shrapnel, my body slowly healed but I was never as active as I was prior. As time progressed from my time in the military, I have been limited on what I can do to a certain degree. Because of that, as I slowly ate the wrong stuff and was unable to work out, I gained weight. For a long time, I was unsure I would ever be able to become healthy again. Poor decisions about what I ate and being in a chair most of the day was having me slowly become someone I didn’t want to be.

That brings me to this summer. At the beginning of the summer, I decided I needed a change. Right before my birthday, I decided to look into a number of diets to see what might work for me. While I am not going to talk about the diet I chose, the combination of eating right and watching what I eat led me to lose fifty pounds in ten weeks. Midway through the ten weeks, I decided to step it up to the next level and enter the world of smartwatches. The thing is that I never had one, so it was all new to me. I got a smartwatch and set certain goals like how many steps I need to take per day and a level of activity each hour to keep my metabolism at a healthy level. So despite being in a chair for most of the day, I’m notified every hour that I need to get up and move.

Now you are probably asking yourself what this has to do with a TBU Merch Review? It just so happens that a new smartwatch has released from One61 Studio that Bat-Fans can appreciate. It is important for me to tell you why a smartwatch can be important in your life because up until this summer, I didn’t think anything of it except for it being an accessory that some people wore. I now understand why smartwatches can be beneficial. Becoming healthy or staying healthy isn’t just about finding a diet and sticking to it. It is about eating healthy, staying active and setting realistic goals for yourself. If you haven’t worn a watch before or for a while, imagine wearing a watch and having the ability to do things you couldn’t do before. The One61 Studio Batman smartwatch has a ton of features. Related to healthy living, it can keep track of your steps throughout the day and in turn create goals for you to achieve. As you reach goals you “capture” villains. There is a “Patrol” reminder which alerts you to stay active. This is especially convenient for those of us who work in an office and sit at a desk all day. There are all kinds of other features that help with day to day things like helping you find your phone, alarms for events. a stopwatch and timer, and being able to control your music and camera for your phone.

Now what makes the Batman watch unique is the awesome faces available for the watch. Actually, the entire interface has small little hints and references to the Batman Universe from the red bat-phone being shown when your phone is receiving a call to the villains you capture as you reach your step goals throughout the day.

The phone is compatible with both iOS and Android phones. It takes about two hours to charge, but the battery will last for up to twenty-four hours. The watch officially released last week on August 28. You can order yours now at One61’s website for $124.99.

Also, while I know that everyone that reads this article here is interested in the Batman smartwatch, there are also two other heroes featured in the Superhero Smartwatch collection. Flash and Wonder Woman are featured as well. The Flash smartwatch is available now and the Wonder Woman smartwatch will be available soon. So if you know someone who might prefer one of the characters that isn’t Batman, there are other options.

That all being said, I encourage everyone to be mindful of what they are eating. Try to stay active. A smartwatch may help you if you put your mind to it and set goals that work with your lifestyle. Just remember that the fandom for Batman and superheroes is huge and we can all support each other.

Editor’s Note: One61 Studio provided the Batman smartwatch to TBU for us to review and share information about it.