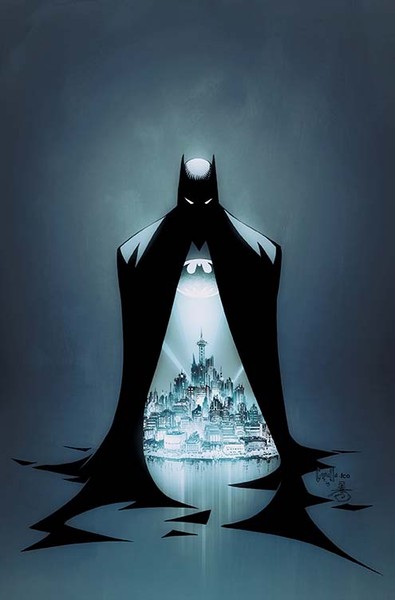 This past month has seen several different rumors floating around the internet about the future of Batman creative team Scott Snyder and Greg Capullo.  TBU has been reporting for a while now that Greg Capullo is going to take a brief hiatus from DC’s best-selling ongoing monthly title after the current story arc ends with issue #50.  However, in December, TBU reported a separate rumor that DC was searching for a totally new creative team for the title.  Since then, however, the story has changed in several different directions.  Let’s give a rundown of how the story evolved over the last few weeks:

First, we got rumors via their individual twitters that suggested that the two would continue working together (as they have both stated they wanted to do) on Batman (the character that is and not necessarily the title) since Greg Capullo had been planning a newly redesigned Batman costume for when Bruce Wayne retakes the cowl somewhere in the last issues of the current “Superheavy” arc.   Capullo even went so far as to tell his followers that DC had approved this new design which Snyder then told his own followers that he was in complete support of the new design.  What then would this mean given all the speculation about Capullo’s hiatus and the rumor about a new creative team?

Well, Bleeding Cool continued to report on these rumors citing various unnamed sources at DC that “Batman” would be one of the DC titles that would move to two a bi-weekly schedule of two issues per month and that as a result of the increased pace of production, Snyder would be moving to Detective Comics instead of the Batman title given that the work of writing large arcs and the art style of Greg Capullo tend to take longer to produce and may not fit the more rapid publishing schedule.  Further, when asked about on their respective Twitter profiles about these rumors Capullo seemed to confirm the move (or at least that the team was leaving Batman) while Snyder simply voiced thanks to the fans for their continued support on all of their Batman projects present and future.

So, to summarize, if the rumors are to be believed, sometime during or at the end of Greg Capullo’s hiatus from Batman the title will be moving to two issues a month and, as a result, the creative team of Snyder and Capullo will move from Batman to Detective Comics to continue their partnership on the character in that title instead and DC will shop for a new creative team for Batman.  Whether all of this will actually occur remains to be seen, but TBU will be with you all the way reporting on any new developments as they are released either officially or via more rumors.