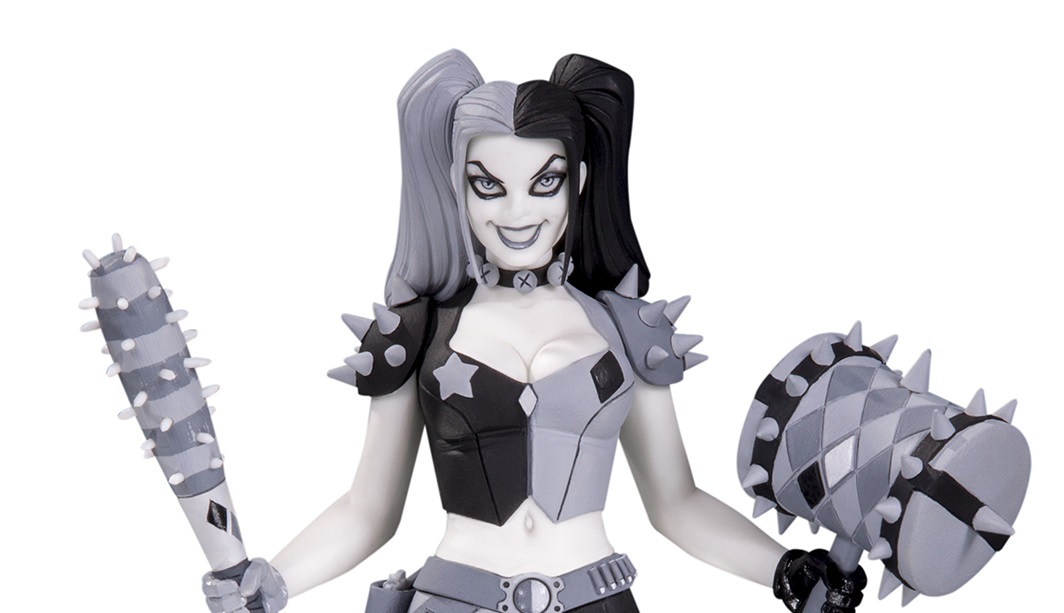 The Batman Universe proudly brings you a simple list of everything you can expect to see in your local stores this week. This is in fact the items that have previously been announced and are scheduled to release according to Diamond Distributors and other listed release dates found online. If you are looking for the new items recently announced, be sure to check out the Merchandise News category for all the latest announcements. So here is what you can expect to find as new additions to your collection this week. Bam! Pow! Watch out for Batgirl, designed by Ant Lucia in DC Bombshells fashion! The statue of this iconic Bird of Prey is a must-have addition to any collection, but will be especially at home with other Bombshells, Batgirls or Batman.
BATGIRL-6.72″ high
DC Collectibles Release
Available on October 18
SRP: $28.00 Tervis drinkware delivers the ultimate combination on personality and performance. This DC Comics-themed themed tumblers are great for both hot and cold drinks and are both Microwave and dishwasher safe. The unique double walled design reduces condesation and features a printed wrap image. Choose from Batman (with a black lid) or Superman (with a red lid) designs.
Tervis Tumbler Co Release
Available now
SRP: $18.99 The Sleeved Bib saves one outfit at a time with the award-winning protection of Bumkins’ lightweight, easy wipe, machine washable waterproof fabric. Generously sized, and both comfortable and durable, the Sleeved Bib can fit babies from 6-24 months by adjusting sleeve length with the elasticized cuff. Use the back tie closure for a secure and custom fit. With a generously sized, catch-all pocket, this hard working bib is great at containing spills and reducing loads of laundry! Choose from Batman, Superman, and Wonder Woman designs.
Bumkins Finer Baby Products Release
Available now
SRP: $16.99 Fueled by his restored faith in humanity and inspired by Superman’s selfless act, Bruce Wayne enlists newfound ally Diana Prince to face an even greater threat. These Justice League Dorbz stand approximately 3″ tall and come in a window box with see-through panels both front and back.
Funko Release
Available on October 18
SRP: $7.99

JERRY AND THE JOKER: ADVENTURES AND COMIC ART In this memoir, penned by the late Jerry Robinson in his final years, he tells the story of a seventeen-year-old college hopeful who became the artist on Detective Comics, and later Batman, shares his thoughts on creating the Joker as the first super villain, and relates the celebrity-studded journeys that a long life in comics afforded him.
Dark Horse Books Release
Available on October 17
SRP: $34.99
Order on Amazon

100 THINGS BATMAN FANS SHOULD KNOW AND DO BEFORE THEY DIE Most Batman fans have enjoyed the Dark Knight in comics or on the big screen and are eagerly anticipating the release of the new Justice League movie. But only real fans know the other characters who have donned the cowl in place of Bruce Wayne, or know the full origin stories of those who make up the rogues gallery. 100 Things Batman Fans Should Know & Do Before They Die is the ultimate resource for true fans, whether you’re a comic book collector, an aficionado of Christopher Nolan’s films, or both! Joseph McCabe of Nerdist.com has collected every essential piece of Dark Knight knowledge and trivia, as well as must-do activities, and ranks them all from 1 to 100, providing an entertaining and easy-to-follow checklist as you progress on your way to fan superstardom. Contains exclusive interviews with Batman creators!
Triumph Books Release
Available noe
SRP: $14.95
Order on Amazon