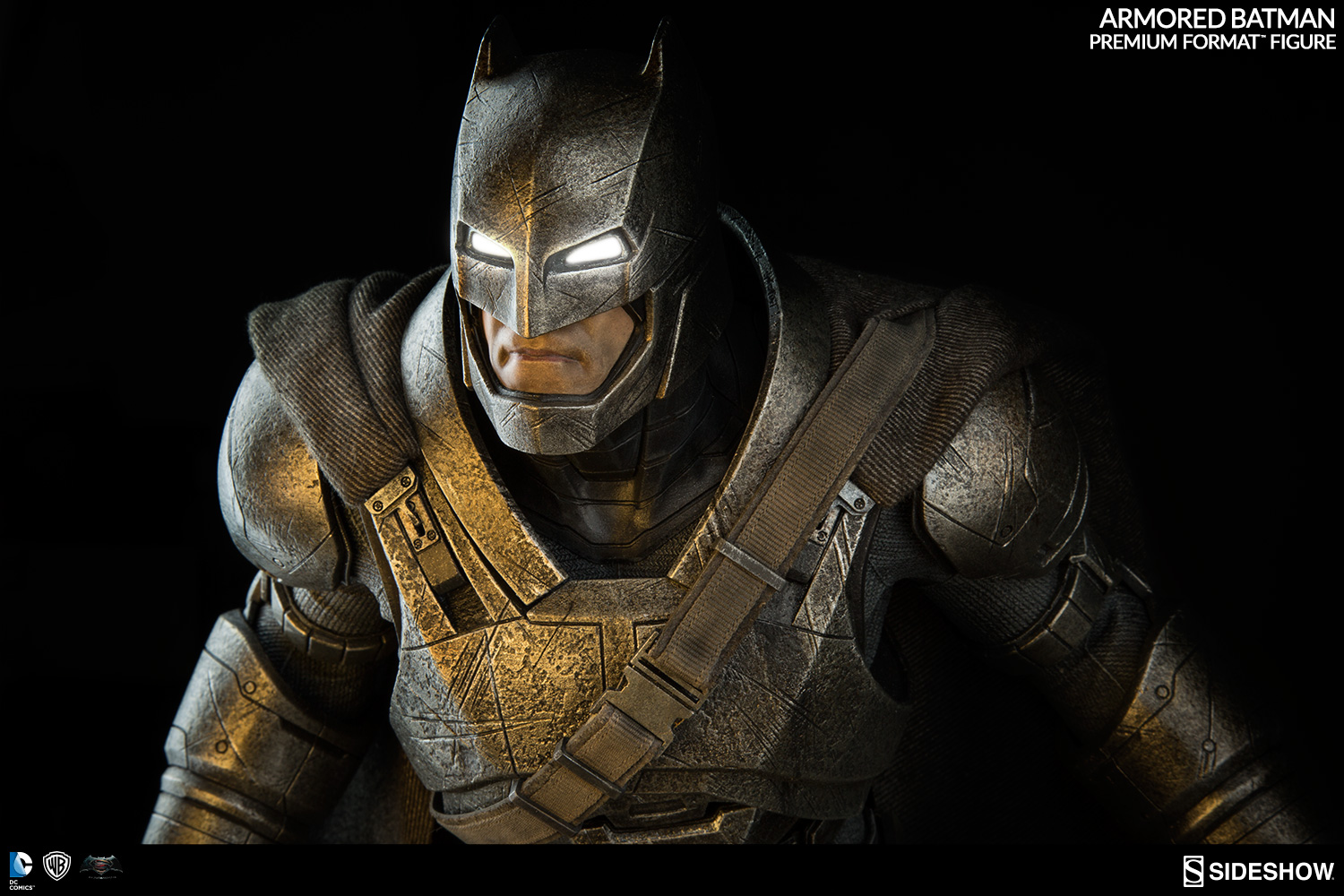 While we all know that there is new merchandise related to The Batman Universe announced and released every week, this week we will focus exclusively on the items that relate to Batman v Superman: Dawn of Justice as that is what the majority of the merch companies focused on as well. Next week, we will catch up on any non-Batman v Superman items. But for this week, it is all about Batman v Superman.

If you didn’t catch the announcement yesterday, pre-orders are now being accepted for Batman v Superman: Dawn of Justice home video releases on Amazon. This includes two exclusive versions which feature Batman and Superman statues from DC Collectibles. Hot Toys has announced a special Cos-Baby set featuring Batman and the Batmobile from Batman v Superman. No word on release date or price at this time. Jakks Pacific introduced the Big Figs for Batman v Superman including Batman, Superman and Wonder Woman. These retail for $19.99 for the 20″ figures and $34.99 for the 31″ figures. These are available at retailers now. Mezco revealed a new look at their Armored Batman One:12 Collective figure. This figure is expected to be available for pre-order in May-June. Kids Nation has released the first photos of their Batman v Superman: Dawn of Justice Three Figure Set. The armored Batman features light-up eyes. The set is expected to release in Q3 of 2016.

Hot Toys revealed their 1/6th scale Wonder Woman from Batman v Superman. No owrd on price or release date at this time. HEROCROSS posted up pictures and details for their Batman v Superman Hybrid Metal Figuration figures which include Batman, Superman and Wonder Woman. Each figure comes packaged with a piece of Batman’s armored suit. Collect all three and the suit can be assembled around Batman. Each figure is available for pre-order now for $89 each. The Bat-signal was also shown but no details were included with the announcement. And the last bit we have for this week is Sideshow has posted a pre-order page for their Armored Batman Premium Format figure. This will run $524.99 and have light-up eyes as well.

That’s all for this week. Next we will bring you the reveals from WonderCon as well as the rest from the world of merchandise from The Batman Universe. Keep saving!