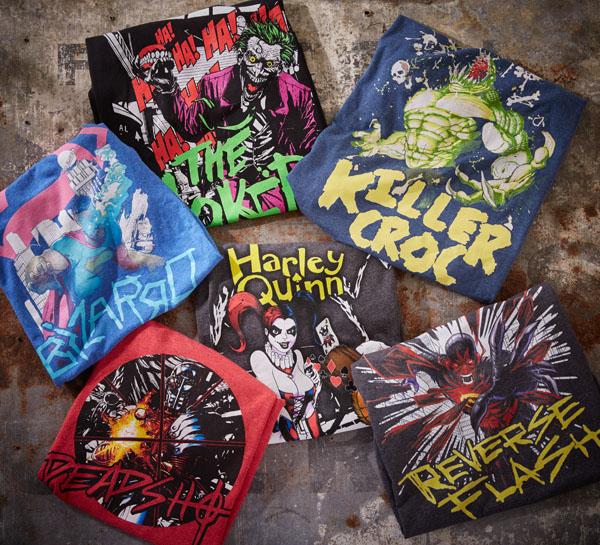 This past week has been a little lighter on the merchandise news, but there always seems to be something. Here are the latest happenings with merchandise from The Batman Universe.

Sideshow has released the full details for Batman Returns Catwoman Premium Format Figure. The figure is priced at $449.99 and available for pre-order now.

Prime 1 Studio has teased another statue this time based of Batman from The Dark Knight Returns. Diamond Select announced a few Batman items this week that should start will pop into comic shops later this year. First up is a Batman Classic TV Premier Collection Catwoman Resin Statue. This retails for $150 and can be pre-ordered through your local comic shop. The other item from Diamond Select is a Batman The Animated Series Joker Resin Bust. This retails for $59.99 and is available now. Spencer’s has launched a new DC theme for a line of merchandise. The theme is based around Forever Evil and features numerous members of the Suicide Squad as well as other villains including Harley Quinn, Joker, Killer Croc and Deadshot. The line includes hats, wallets, t-shirts, socks and other items. You can find a sample of the products below. Check out the offerings in all of their 680 retail locations or online at Spencer’s Online.

Funko has announced two new POP! figures for this summer that showcase a unique episode of the 1960’s Batman TV series. Surf’s Up Batman and Surf’s Up Joker will available this July. Figures Toy Company announced four new additions to their Batman ’66 line of figures. They include variants of Egghead, King Tut, Mad Hatter and Shame. A set of all four figures will cost $119.99 and are planned to release in May. You can pre-order them now.

Finally, this week saw the release of a new book from DK Publishing focusing on all of the DC Superheroes that have appeared in LEGO sets. LEGO DC Comics Super Heroes Character Encyclopedia is available now for $18.99. It comes packaged with an exclusive Pirate Batman mini-fig. Head over to Amazon to buy your copy today. That’s all for this week. We will see you next week and remember to keep saving!