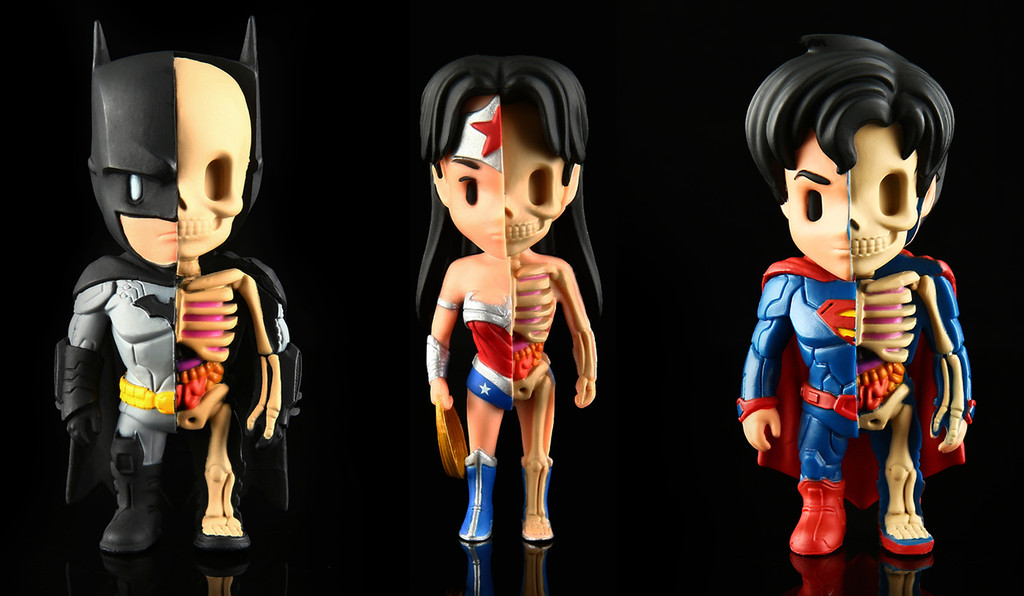 This week was a little lighter than normal on the merchandise front, but there is still plenty to cover.

Let’s start off with an unusual one. Kidrobot has announced Mighty Jaxx XXRAY figures that feature part of the figure removed so you can take a look inside. The figures were designed by Jason Freeny and retail for $19.99. You can purchase Batman here. Prime 1 Studio has shown off the final version of theri Batman: Arkham Knight Robin 1/3 Scale Statue. The statue will retail for $899.99 and has two different editions.

Prime 1 Studio is proud to present MMDC-06 ROBIN from the Batman Arkham. Tim Drake was in the audience when the Flying Graysons were murdered, and where he witnessed Batman leap to the scene.Inspired by Batman’s heroics, Tim closely followed the chronicles of Batman and Robin.Tested by the Dark Knight himself with a grueling training regimen, Tim earned the right to become Robin, and lived up to the name.

Sideshow Collectibles has revealed a Batman Catwoman Tongue Lashing Art Print. This will cost $140 unframed or $280 framed and is expected to be available in May or June of this year. Bluefin has announced that through some new partnerships, they will be releasing statues from both Batman v Superman: Dawn of Justice and Batman: Arkham Knight. All are expected to release next month and range in price from $104.99 and up.

And finally, Factory Entertainment is expanding their SWAT line with additions from Suicide Squad with Harley Quinn’s weapons. Both are expected in October for $39.99 each. That’s all for this week and remember keep saving!