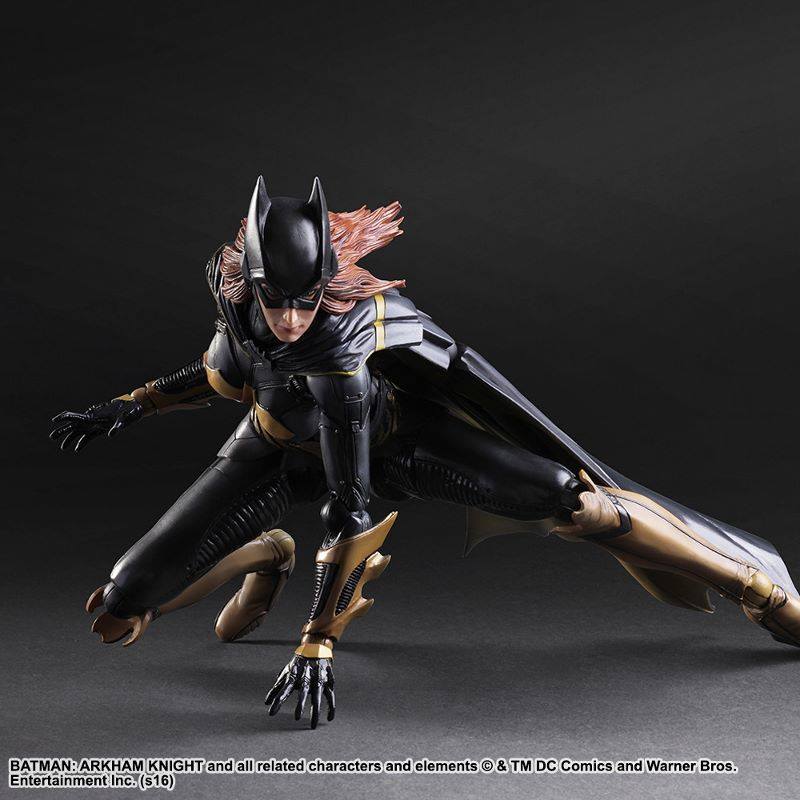 This week saw the release of the latest group of solicitations from a number of companies that appears in the latest issues of Previews. Because of that, this week is packed with merchandise news so let’s jump right into it.

We start off with a rather strange one. Do you remember back in 1997 in that scene from Batman and Robin where Batman pulls out his credit card when bidding on Poison Ivy? Well, if not take a moment to refresh your memory by checking out the clip. Remember now? Good. Well it appears that a certain bank in Malaysia is offering three different debit cards featuring the bat symbol. While we don’t suggest getting a card from a foreign bank, at least you know it’s out there. Next, online store Mister Bricks has uploaded the official images for the two new DC Comics Super Heroes sets coming this August. Prices are unknown at this point, but with addition of new mini-figs such as Red Hood, Blue Beetle, Katana and a big-fig of Killer Croc, these sets add to the already large offerings of the TBU LEGO’s.

Prime 1 Studio has released new information on their 1/2 Scale Armored Batman Statue from Batman v Superman: Dawn of Justice. The 44″ statue mixes cloth and resin and will set you back $2199. But the eyes do light up. No word on release date, but it is limited to only 750 units. Square Enix released new photos of their Batman: Arkham Knight Batgirl Play Arts Kai figure. Standing at 10″ tall and featuring a variety of accessories the figure will be priced at $129.99. This figure is set to release this August.

Diamond Select Toys has announced 2 new resin busts featuring the Dark Knight Returns versions Batman and Robin that appeared in Batman: The Animated Series. Each bust will retial for $59.99 and be available this coming fall.

A Diamond Select Toys release! In Gotham City, there are many stories about Batman, and in nearly every story there is a Robin. These resin busts of Batman and Robin are based on a child’s story about the dynamic duo, as seen in the Batman: The Animated Series episode “Legends of the Dark Knight.” Inspired by the classic comic book storyline, the episode showed a bigger, more brutal Batman and his new Robin, Carrie Kelly, taking on mutants in a dystopic future Gotham City. Dark Knight Batman measures over 6 inches tall, while Dark Knight Robin measures approximately 5 inches tall; both are in scale to other Batman: TAS busts, and each sits atop an art-deco pedestal inspired by Gotham City architecture. Each bust is limited to only 3,000 pieces, and comes packaged with a certificate of authenticity in a full-color box. Hallmark has announced their special exclusives that will appear at both Comic-Con International in July and New York Comic Con in October. An armored Batman from Batman v Superman is the ornament offering while a new exclusive line featuring clasic customized cars debuts with the Batman ’66 batmobile. DC Collectibles has revealed their latest offerings including a Batgirl of Burnside action figure, James Gordon and the Armored Bat-Suit action figure, a new Justice League action figure pack and more. All of the items shown below are expected to release this coming November and feature the prices in the caption.

Tweeterhead has revealed that they plan on announcing a Robin statue to go along with their previously released DC Comics Classic Batman 1/6 Scale Statue. Full details are expected in the coming weeks. Icon Heroes have revealed their DC Comics paperweight statues. They will be releasing the member of the trinity individually for $50 each. They are scheduled to arrive in September.

Gentle Giant has started pre-orders for their Batman: The Animated Series Jumbo Batman figure and their Super Powers Penguin Jumbo Figure. Both are priced at $90 each and are expected in early 2017.

Medicom has released the first official photos from their Batman v Superman: Dawn of Justice Knightmare Batman MAFEX figure. It is expected to release in December for around $60. Additionally, Toyark has found images of a Suicide Squad Joker MAFEX figure, but no details are known at this time.

Hot Toys revealed not one, but three new Cosbaby collectible sets releasing based of Batman v Superman: Dawn of Justice. Each features different scenes from the film and are expected by fall of this year. No prices have been revealed as of yet.

Monogram has revealed their next three series dealing with DC Comics as part of their foam keyring collection. Each series focuses on a unique group of characters whether it be the woman of DC, characters based off of the Super Powers line or Batman v Superman, there new additions will be making their way to stores shortly.

And out last bit of news deals with Mattel’s DC Multiverse figures. A number of figures were revealed to deal with Batman: The Dark Knight Returns in celebration of the 30th anniversary. These include Batman, Superman and Son of Bat which are all currently Walmart exclusives. There were two other figures revealed at Toy Fair to go along with these figures featuring the Mutant Leader and an Armored Batman. Action Figure Insider revealed this week that there is also a figure for Carrie Kelley planned. This figure will be coupled with the Toy Fair reveals and not be exclusive to any store.

That is all for this week. Just remember to keep saving!