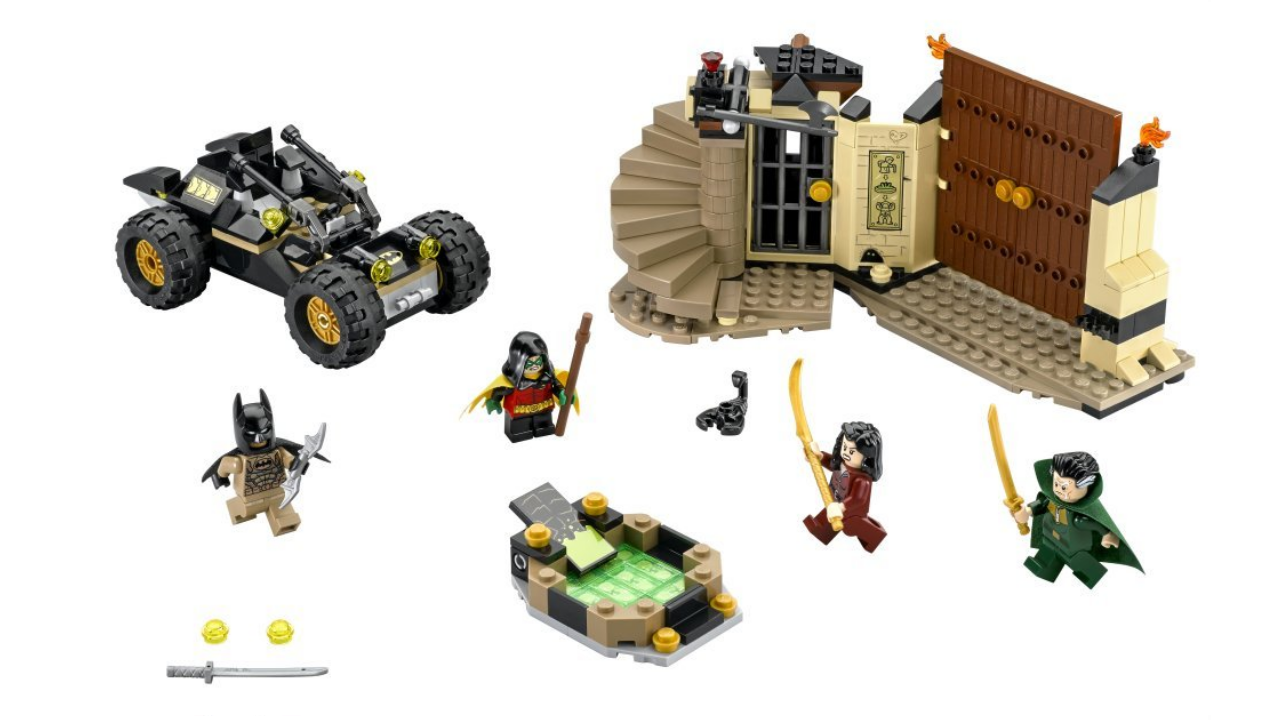 So we didn’t do a post last week, because surprisingly there just was not that much info on new merch. That, of course, all changed this week with an abundance of news related to merchandise hitting shelves from The Batman Universe.

First up, we have a look at some new Imaginext sets from Fisher Price that are already hitting shelves. These include a Robo Batcave complete with a robo-exosuit for Batman. The other set includes Red Robin and Batman packaged with a new Batmobile. These have been spotted at Toys ‘R Us now. LEGO Dimensions has released the next wave of figure packs which includes Bane as one of the latest Fun Packs. It is available now.

Luxury fashion company Valentino has teamed up with DC Comics for some special sneakers featuring Batman. The pair of shows will cost $895 and are available to order directly from Valentino. Diamond Select has announced a few new items for this fall. The first is a Harley Quinn figural bottle opener based off her appearance in Batman: The Animated Series, priced at $18. And the third wave of Gotham figures which include Barbara Kean, Bruce Wayne and Victor Zsasz will release for $24.99 each. Tweeterhead’s Classic Robin Maquette is now available for pre-order. This piece serves as a companion piece to the Classic Batman Maquette previously released. The statue is priced at $189.99 which includes and exclusive alternate head directly from Tweeterhead. Kotobukiya has released details on an ARTFX+ statue showcasing Batman from Batman: The Animated Series. Pre-orders are available now for the figure that will cost $49.99. More interchangeable pieces will be revealed later, but the staute is planned to release this November. Funko has revealed a ton of new products that are coming out soon. First up is there additions to the Pop! T-shirt line. Shown below, all of these will be available this summer. Funko also has a variety of new Pop! figures and accessories slated for this summer through fall.

And speaking of Funko, they have released a trailer for the next Legion of Collectors subscription box, which will focus on Suicide Squad and release in July. You can order the box today through the end of June.

Prime 1 Studio has revealed their Batman: Arkham Knight Batmobile statue. Priced at $1599, the statue is expected to release early 2017. Finally, another LEGO set has been revealed that is expected to head to stores this summer. Batman: Rescue from Ra’s al Ghul includes for the first time in LEGO form, Ra’s al Ghul, Talia al Ghul, as well as a Damian Wayne Robin, a Batmobile dune buggy and a small set for the al Ghul’s that includes a Lazarus Pit. Set #76026 is expected to release in August, but the price has not yet been revealed. That’s it for the past two weeks. Just remember that another week going by brings even more merch from The Batman Universe, so keep saving!