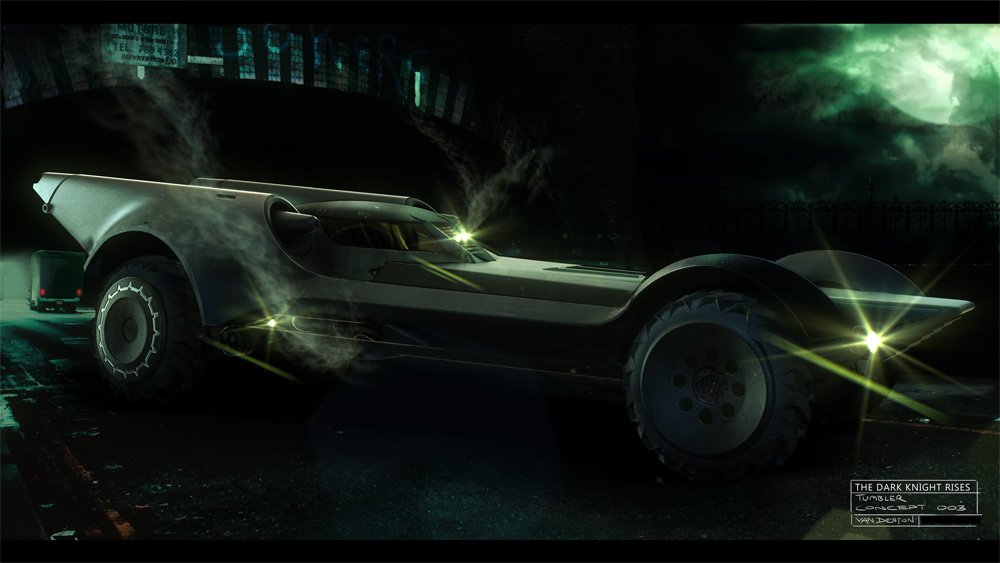 So I figured that after this weekend's Academy Awards celebration there may be things online that need some clarification in the way of The Dark Knight Rises. First up we have something that needs no clarification. MTV tried to get Nolan to talk about something that we haven't heard about before to no avail.

It was interesting to see Nolan's wife, Emma, just bear through these questions. You can tell that Nolan does not want to talk about Batman especially since he was at the Oscars for Inception. Next up, we have another MTV video, this time featuring Aaron Eckhart. He doesn't say much about what we could see in The Dark Knight Rises, but he does mention it, and it could turn up online as another reason for his name to be brought up with the film.

So looks like we once again can stop talking about Aaron. Next up is an interesting image found perusing the net about a possible replacement for the Batmobile in The Dark Knight Rises.

Seems a little ridiculous. It just looks like a cross between the tumbler and the 1989 Batmobile. I don't see this happening. Last we have another video, courtesy of Batman-News.com from the Oprah show. Oprah talked to Anne Hathaway about finding out about hosting the Oscars and she mentioned Catwoman.

So the thing is that everyone online thinks that because she said Catwoman instead of Selina Kyle, this cements beliefs that she will be Catwoman. While I do believe that she will don the Catwoman attire, I think Anne was referring to Catwoman in a off-definition way. Meaning, how many people watching Oprah would know who Selina Kyle is? I think we may have to wait a little longer to hear something about Catwoman more than off-comments.