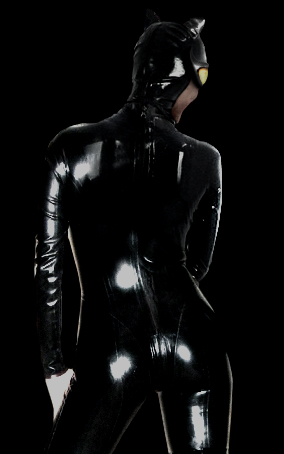 We first start off with an interesting one regarding the teaser trailer for the film. According to a number of people who work at theaters across the country, a teaser trailer for The Dark Knight Rises should be attached to the final installment of the Harry Potter franchise which hits theaters in July. This does match up similarly with what happened in 2007 with the teaser for The Dark Knight. so this could end up being true.

The other one is a bit that shows that there are still people out there trying to screw with people. Ain't It Cool News received and email stating this:

Thought I'd try and send some emails to random domains with thefirerises and looks like I got a hit! Try thefirerises@hotmail.co.uk and see what happens!
N

When Harry Knowles sent the email, he received the following: The email was sent to him by Selina Kyle. Seems like it would be a little soon for this to be revealed, especially since Warner Bros. or Chris Nolan have not said that Catwoman will be in the film. Well, as it turns out the image above is a photoshoped version of this image:

Obviously not the head, but the body for the pic on the right is exactly the same.

Well, we will see what tomorrow brings.