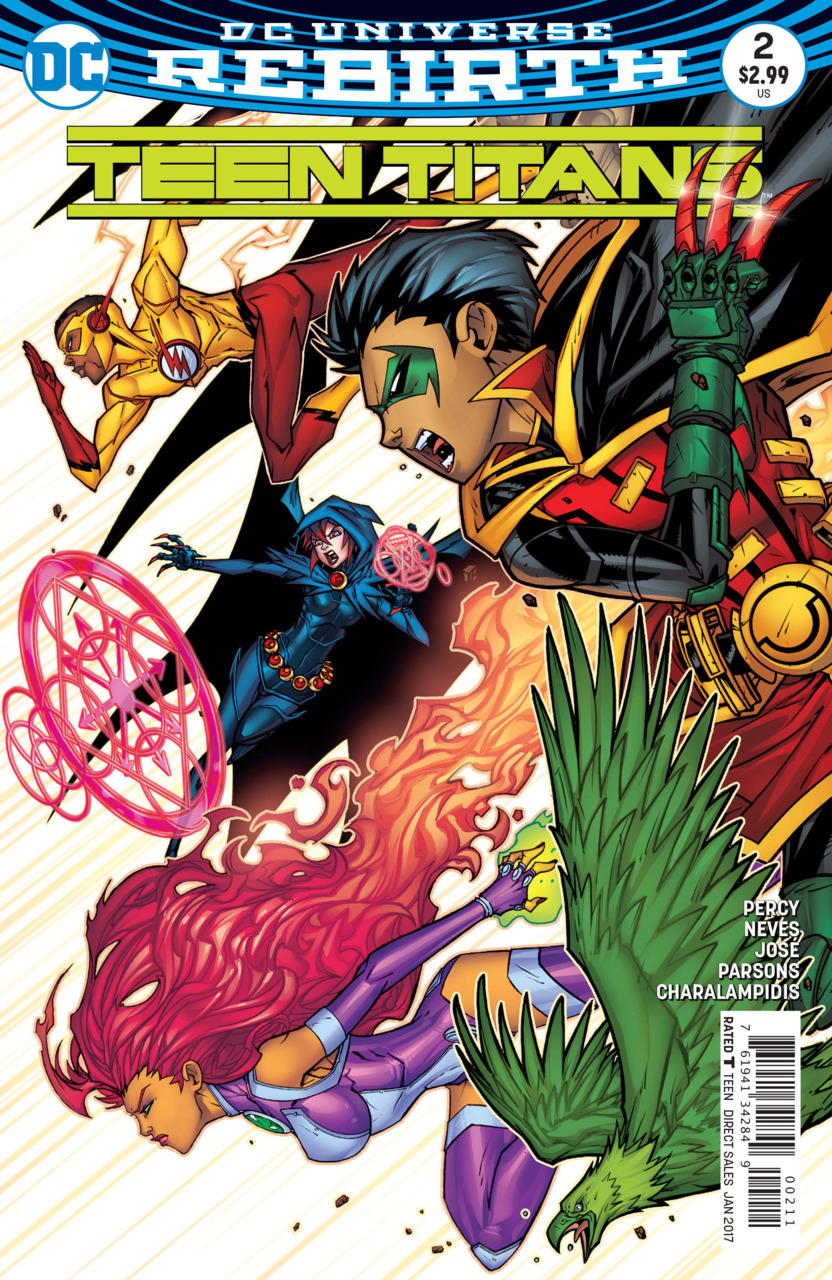 As this month’s issue opens, we see Robin dropping down onto a Gotham rooftop as his monologue talks about the evolution of the bat. The only mammal to attain flight, Damian notes that sometime in the past, the bat chose to cast aside its arms and use its wings. “Genes don’t simply change. They have to be turned on. Triggered.” He also notes that the bat must have approached a metaphorical precipice and dared to leap into the future.

Landing on the roof amid the rain, a voice greets the young hero with a “happy birthday.” Stepping out of the shadows, Talia Al Ghul is greeted in response with Damian’s usual “-tt-“. As the two discuss Damian’s future and whether he should return to the League of Assassins, Damian notes the recent “gift” from his grandfather (a dead robin) and that his own father had forgotten the day altogether. Stating that he is still the Son of Batman, Talia leaves a flash drive for Damian to help in the coming fight against the Fist of the Demon.

As we flash back to the present, Robin has taken the Titans to cave in San Francisco where he hopes to hide out from the Fist. Revealing that the Fist of the Demon sees each of the five Teen Titans members as their own moral enemy, Robin activates several monitors to showcase these new threats – Blank, an albino shapeshifter who is gunning for Beast Boy; Stone, an enhanced metahuman with increased strength and rock armor who is targeting Starfire; Nightstorm, who is after Kid Flash and is a weather manipulator; Plague, a magic user that has a touch that can almost suck the life from any object or person…she is intent on battling Raven; finally Mara, a skilled swordsman and combatant who is out to kill Robin.

Sensing that Robin is hiding something, Raven and the others attempt to pull more information from Damian…specifically who he is and how he came to know so much about them and the Fist. Stating that if they don’t unite, they will all perish, the group is suddenly interrupted with the arrival of the Fist of the Demon. As each hero engages their respective member, Mara battles against Robin and states that she placed a tracking device on Kid Flash while she was in Central City. As the heroes are backed into a corner, Mara reveals the startling truth about the new Boy Wonder – that he was once their leader, as appointed by the Demon himself – Ra’s Al Ghul.

Throwing some smoke bombs to cover his tracks, the Titans seem to turn on Robin as he attempts to explain the situation. Setting off a series of planted bombs, the Fist envelopes the cave in a series of explosions. Leaping to safety, Damian calls for Goliath’s aide and flies off…seemingly abandoning his new allies. As Raven catches the falling debris with her magic, a black and red Batwing emerges to pick up the rest of the team with Damian at its helm. Promising to not keep secrets from them, the issue closes with Damian stating that he chose not to follow his grandfather, but his father instead.

What a great issue! I’m REALLY liking this series created by Benjamin Percy and I think that he definitely has a lot of these characters voices down pat. True to point, Damian is indeed the little sh*t that we all know and love and is caught (already) keeping secrets from his new team…seems very reminiscent of a familiar dark and broody crimefighter we all know and love.

As we see in flashback, Talia is still trying to bring Damian back into the fold of the League of Assassins but is willing to help out her son’s choice by providing intelligence on the Fist of the Demon. And of course, the big reveal, is that Damian himself was once their leader – surprise, surprise. The Titans of course feel betrayed by the Boy Wonder and are, understandably, hesitant to receive any help from Robin.

I did like these anti-Titans that were created for this issue. Percy came up with some great foils for each member – Blank uses the recent death of Tim Drake to rattle Beast Boy; Nightstorm uses his wind abilities to throw around Kid Flash etc. Percy also makes a point to showcase why they are after these particular heroes…the fact that they (or someone in the League) use magic to see into the future and noted that these heroes were to be their nemeses.

I’m wondering if Mara is going to turn out to be “somebody” to Damian as their seemed to be a big flourish as she revealed her face. Maybe a clone of Damian that the League somehow turned into a female? Talia’s great-niece twice removed? The lost daughter of Lady Shiva? (Nope that’s technically Cassandra Cain….maybe?) Suffice it to say, this is definitely not the last time we have seen Mara or the Fist and I can only hope that this will lead to a massive battle against the Fist and the League.

The art in this issue was also particularly well done…really liked the flashback scene in the rainy, Gotham night between Talia and her son.