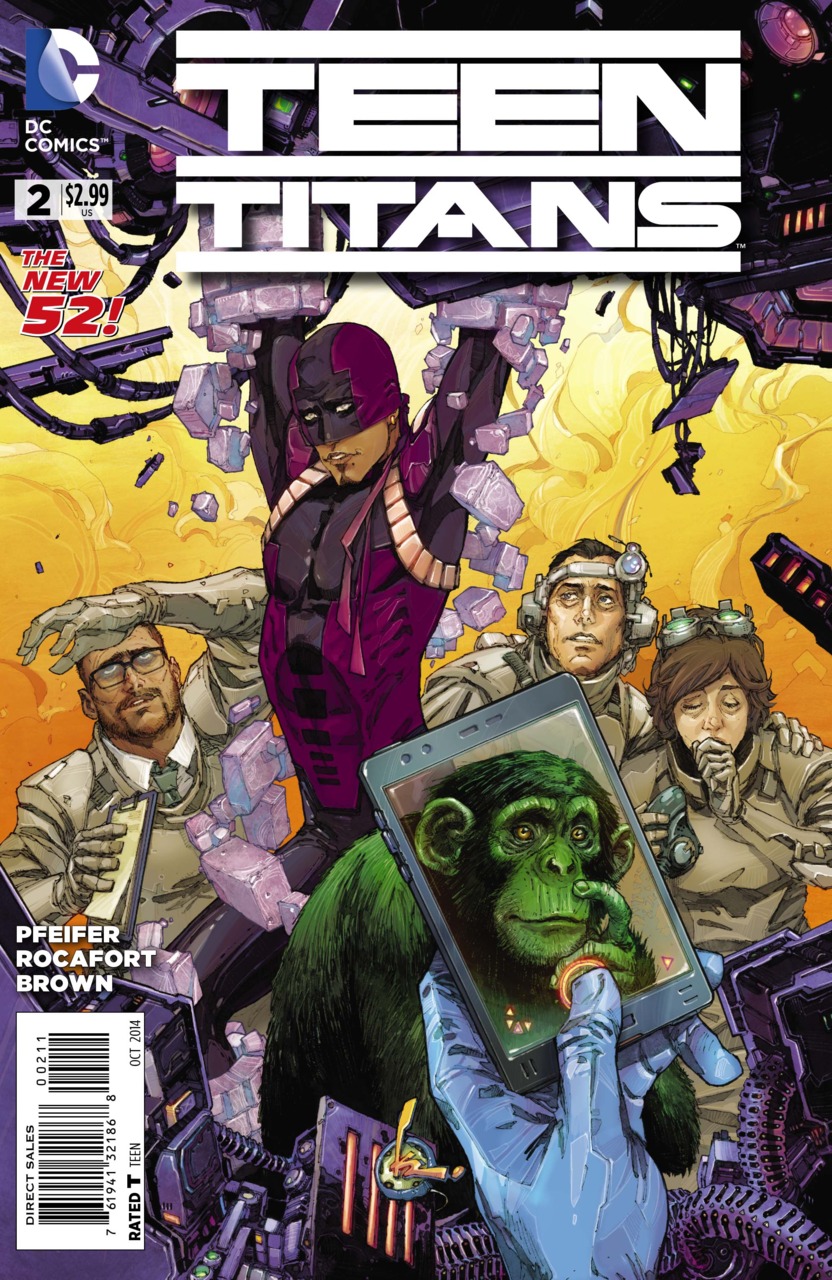 Two issues in, and I just don’t know what to think of the relaunched Teen Titans. To be honest, I think it could use a different artist. Not because Rocafort is bad, but I think a more animated style would better suit the tone of this book.

Pfeifer does an okay job with the script. But with two issues, he’s spending too much time on the character I care least about. He also seems to be building up another potential member, but I don’t want these, I want the characters the Titans are known for. Red Robin shows up for a page and a panel. Raven is in it for a page. Other than that, it’s Bunker and Beast Boy… Mostly Bunker.

I mean, this is the book staring one of the Bat-family’s most popular members in Tim Drake, and the guy’s hardly in it. Hopefully we get more focus on our actual established team soon.

Bunker’s rant from the end of last issue has made it’s rounds across the internet, and it doesn’t really make superheroes look good.

One of the surviving terrorists from last issue is in the prison hospital, when he is interrogated by Red Robin. When he is about to give away information on another job, he suddenly dies because of a failure on the part of some new STAR labs equipment.

In the city, a girl is walking a few blocks from the subway to her house, when she is met by a gang, looking to do who-knows-what. But they are stopped by a group of Wonder Girl cosplayers with baseball bats. They quickly beat up the gang, and invite the girl to join their ranks.

At STAR labs, we see Manchester Black and Josiah Power looking over the video of the murder we saw take pace the end of last issue, when another STAR labs building explodes. Bunker and Crabby Cat… I mean Beast Boy (awesome.) see the explosion, and take action. The building is full of scientists, as well as some new project that is highly flammable, and would take out Manhattan. Beast Boy gets the scientists, Bunker stops the fire. When suddenly the terrorist leader appears, being the one who caused the fire. They fight, and when Bunker realizes she’s a robot, he uses a new trick, and blows her head off.

Raven goes to a punk-rock concert.

And elsewhere, the robot-lady’s head is growing back, thanks to old buddy, Manchester Black. STAR labs big-shot.