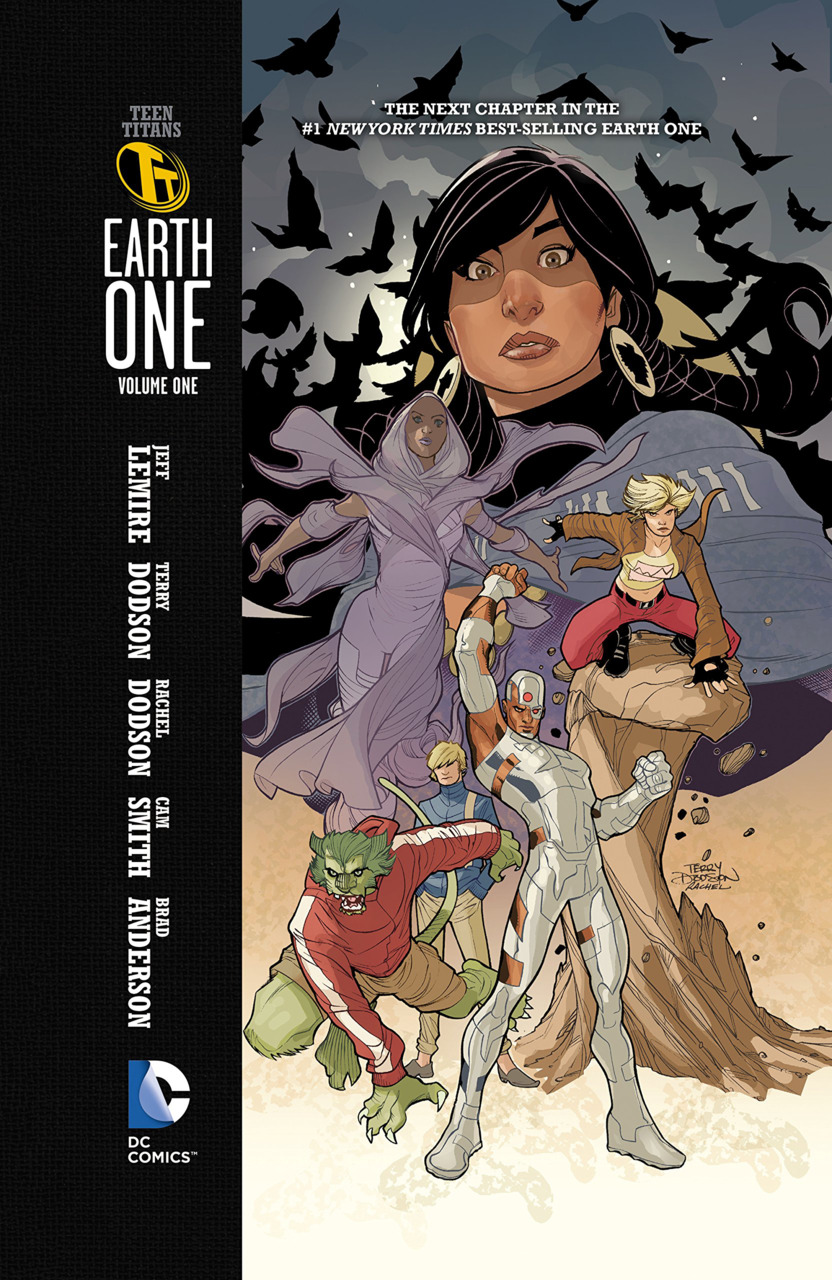 The Basics: Four ordinary teenagers (Gar Logan, Vic Stone, Tara Markov and Joe Wilson) find out they aren’t very ordinary after all. They begin exhibiting strange abilities and seeing psychic visions of a captive alien named Starfire. A Navajo girl named Raven has a similar experience many miles away. Together, these teens must discover the conspiracy behind their powers, rescue Starfire and deal with their parents.

The Good: The graphic novel format has many great storytelling benefits. You can take more time to develop characters and world build without worrying about the pacing and exposition that plague single issue comics. We don’t need a cliffhanger or splash page every 22 pages. That isn’t a knock against single issues storytelling, which I greatly enjoy. Because of the format, we get some time to learn about our teens before their worlds are turned upside down. Giving Gar a same sex set of parents was an interesting touch, and one that brought out the homophobic side of Dr. Stone. It’s not easy to craft a new universe using new versions of old characters, but this OGN did its job well.

The Bad: We didn’t get much of a sense of who Jericho was. What was his personality? What drove him? Wolfman and Perez were able to answer all those questions with a mute character. Earth One Jericho can speak and even then we barely get an idea of who he is. The book does have a surprise deviation with his character, but otherwise he’s left in the cold. Dr. Stone’s characterization is overwhelmingly villainous from the beginning, making her one dimensional and the reveal that she was one of the masterminds less surprising. While I enjoyed the art, there were some pages where facial expressions did not match what the characters should be feeling in the situation. One example is when Victor Stone first notices the metal on his body. He needs to be looking about 300 percent more horrified than he actually is. The book also ended too quickly despite it’s length. Although it’s the size of six individual comics, I was able to read the whole book at dinner before my check arrived. These OGNs need to have more bang for their buck.

The Writing: Developing characters in a team book is hard work. It’s a juggling act that Lemire mostly pulls off. As previously mentioned some characters like Jericho get the short end of the stick. The storytelling is fun and reminds of “Chronicle” and other teenage science fiction movies. I was engaged in the mystery of Star Labs and fate of Starfire. At no point did the dialogue feel unnatural or exposition labored.

The Art: The Dodson art team has a very distinctive style which I was able to recognize before even looking at the credits. The style suited this story very well and some characters, like Gar Logan, greatly benefited from it. Speaking of Gar, I love how his clothes evoked the red/white uniform he had during the “New Teen Titans” era. That was a great touch which wasn’t lost on me. The redesigns of the characters were familiar while still maintaining a modern touch. Raven and Starfire were particularly striking.

The Bottom Line: An enjoyable “Elseworlds” take on the Titans but a bit compressed. For hardcore fans only.