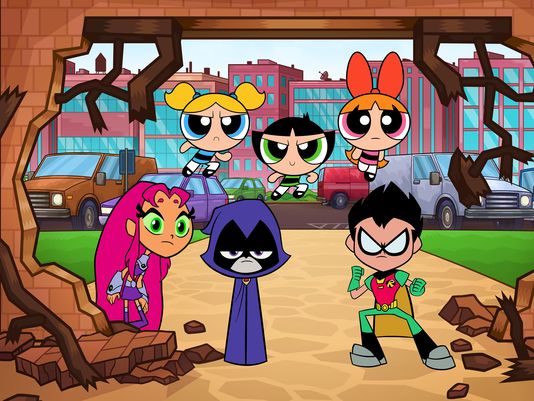 Cartoon Network has revealed via USA Today that coming this June the Team from Teen Titans Go will be joining forces with the Powerpuff Girls.

The crossover Titans episode features the Girls’ arch enemy Mojo Jojo up to no good in the Titans’ town, and the Powerpuff trio teams with their fellow squad to take the villainous monkey down.

According to Teen Titans GO! producer, Titans members Cyborg and Beast Boy find Mojo Jojo to be pretty cool for a talking monkey, the Girls compete with Raven, Starfire and Robin to see which superhero team is better, and there’s a catchy song called Monkey Army that’s bound to get stuck in fans’ heads.

No official date has been released for the crossover, but keep an eye on your local listings for Cartoon Network next month.