“Teen Titans Go! to the Movies” Trailer and Posters Revealed 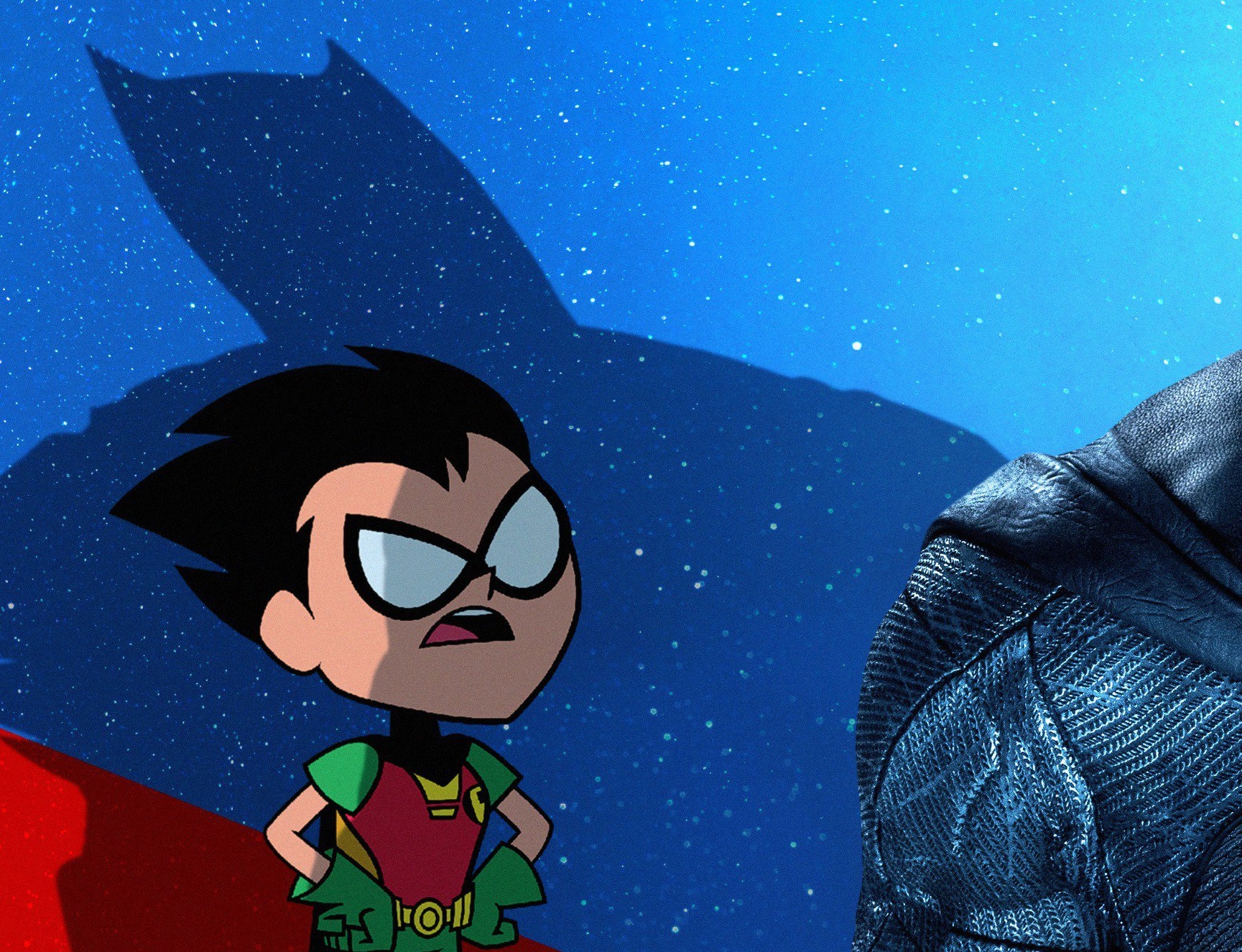 The marketing campaign is ramping up for “Teen Titans Go! to the Movies” and the film is shaping up to be DC’s family-friendly answer to Deadpool. First up is a set of movie posters featuring the members of the Teen Titans questioning members of the Justice League on everything from their wardrobe choices to their lack of powers. It’s great that Warner Bros. has enough of a sense of humor to let one movie poke fun at another.

Following the posters is the release of the trailer for the film and it just breaks right through the fourth wall. The plot follows Robin and the rest of the Titans, Cyborg, Starfire, Raven, and Beast Boy, on a trip to Hollywood following the screening of a film based on Batman’s greatest ally, Alfred. Robin wants a movie made of his heroics and he’ll stop at nothing to get what he wants, even if that includes getting an arch nemesis. He doesn’t have to look for long as Slade, voiced by Lego Batman’s Will Arnett, shows up just in time for the gang to confuse him with Deadpool, a fun nod to the shared creative history of the two mercenaries.

No DC movie is safe as Green Lantern mentions he was in a movie once, but they just don’t talk about it. The film even casts Nicholas Cage as Superman, an homage to the failed Tim Burton Superman movie he was to star in. With sight gags, a plenty and references to the show itself, “Teen Titans Go! to the Movies” should satisfy fans of the irreverent show and maybe even fans looking for something a little lighter from their DC movies.

It was also revealed on Twitter that Jimmy Kimmel will be voicing Batman in the film and he shared this slightly extended version of the trailer featuring him as Batman (check out at 2:22 below).

Dear @ArnettWill, there’s a new #Batman in town (me) and you are what the kids call OLD NEWS… @TeenTitansMovie #TeenTitansGOMovie pic.twitter.com/2FXkaOCznq

Check out the trailer below and let us know your thoughts. Are you excited to see the Teen Titans on the big screen or do you still pine for the days of the original Teen Titans animated series?