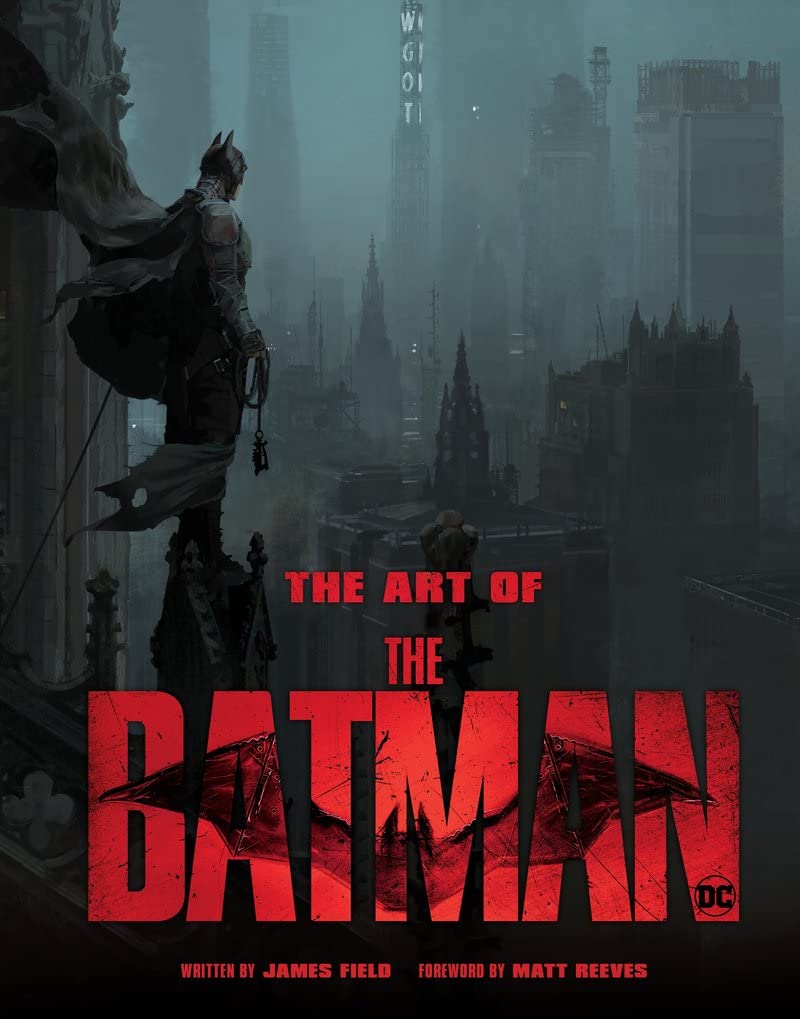 Overview: The Art of The Batman was released recently, and it is filled with inside knowledge and information for every aspect of the film. From character development to how the costumes were made and the breakdown of key scenes, no stone is left unturned. Everything you could possibly want to know about The Batman is in this book written by James Field.

Summary: The Art of The Batman opens with a foreword from director Matt Reeves in which he notes that as a child he was a big fan of the Adam West Batman show and how Batman, as a character, has an incredible drive to make meaning of his life. That is a way in which Reeves relates to Batman because he tries to find the meaning in the films he makes.

Reeves wanted to tell a story that would have an early Batman (without showing an origin) and would also shake Batman to his core. The story was meant to show Batman that the people in charge of the city aren’t at all what they seem. Also, the story was always meant to show how Batman truly is a great detective. The other films showed bits and pieces of “The World’s Greatest Detective,” but The Batman was intended to truly showcase his sleuthing skills.

The book is full of information. Greg Fraser, director of photography, said “nothing happens in this film by accident. Everything has a story.” That would make sense when talking about the Batmobile, Batman’s weapons, Selina Kyle, and Riddler’s apartments, but I felt that was never more evident in how they decorated Carmine Falcone’s office. James Chinlund, the production designer, even went on a deep dive of Falcone’s pool table and his pool cues. They went with a teal felt on the table because of the way the scene was lit.

Most of the information in the book is about Batman’s costume and weapons. The suit is described as a prototype Batsuit. It is pieced together by Bruce and leaves plenty of room for evolution in the future. As we saw in the movie, the Bat logo on his chest was always meant as a weapon that he could use. I found the concept art of the weapons to be interesting. The art showcased how Batman’s grapple gun was attached to the inside of the glove on his forearm, a design which was inspired by the movie Taxi Driver, where Batman could just flick it out quickly and fire a grappling hook.

A bit of controversy from the film was during the final battle when Batman injected himself with a green fluid that made him rage out and helped him defeat the Riddler’s men. Many people (myself included) said that it was an early version of Venom, but the book states that it was just plain old adrenaline that Batman injected himself. Maybe we could still see Venom in the future?

Much like the Batsuit, the Batmobile is something that is pieced together by Bruce. The car was meant to intimidate criminals. The fins on the back form a bat-like shape, which is a nice touch.

This book is not all suit design, weapons, and cars. The book is mostly about character backstory and how each actor developed their character. Batman was looking at vengeance ( as he made it well known). Riddler was bringing justice to Gotham as he took down the corrupt elite, who he saw as the real villains of Gotham. Selina was looking for retribution from the city that she feels owes her what she is worth. Carmine Falcone and Penguin were going after all the power that is left over in Gotham.

There are breakdowns of key scenes and include Matt Reeves and his team using VR to film the Batmobile chase and even the diner scene when they catch Riddler.

Like the movie, the book ends with Robert Pattinson talking about how Batman has become a beacon of hope. Not only has Batman inspired the city, but the city has inspired Batman after they rally together.

Analysis: I only summarized the tip of the iceberg of all the information and beautiful pictures and sketches of the concept art for the suits, the vehicles, and the city found in The Art of The Batman. The breakdowns of the scenes were really cool to read about, as well as the insight into why the scene was happening and how it was pieced together.

I was also happy to see how Batman ‘66 got a lot of love and served as some inspiration for the film. Not only was Matt Reeves a big fan but so was Jeffery Wright (who played Jim Gordon). We’ve come a long way since 1989 when they were scared to death to mention anything about Batman ‘66.

For anyone that is a fan of Batman, The Batman, or filmmaking in general, this is the perfect book to get. I knew that directors and production teams gave a lot of thought to everything in a movie but not to this degree. It reiterates the fact that Reeves and his team are the perfect people to be in charge of the Batman film franchise.

Editor’s Note: TBU was not provided a copy of this title for review purposes. We reviewed this title for our own prerogative. You can purchase your own copy of the title by heading over to Amazon.

The Art of The Batman

For anyone that is a fan of Batman, the latest movie, or filmmaking in general, The Art of The Batman is the perfect book for learning more about cinematic storytelling.