Empire Releases Exclusive Images and Details for ‘The Batman’ 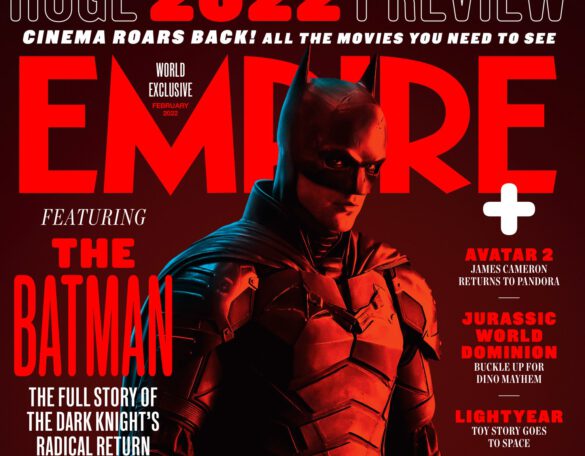 Empire is releasing their 2022 preview today and over the past week, they have been releasing a variety of exclusive details for The Batman. The cover of the magazine offers two covers, one featuring Batman and one featuring Catwoman. There is also an exclusive cover for subscribers featuring art by Jock. All three of the covers along with three exclusive images can be seen in the gallery below. There were a number of new details for the film revealed in various articles leading up to the release of the new issue. Let’s cover the highlights.

Matt Reeves was inspired by Kurt Cobain when shaping the first act of the film. That was one of the reasons a version of Nirvana’s ‘Something in the Way’ for the first trailer was released back in 2020. This version of Bruce Wayne is intended to be a recluse who has gone through a great tragedy rather than the playboy version of the character we have seen in past films. There are not as many gadgets as in past incarnations since Batman is early in his career. Lucius Fox is not present and Bruce has been building his own gadgets alongside Alfred. The Bat-suit shows battle damage because Batman has been out every single night for two years. This includes a bullet graze on the cowl.

Zöe Kravitz studied cats and lions to learn how to fight fast and tricky, which allows her character to take on stronger characters like Batman. The film is an origin story for Catwoman, and she will become the femme fatale fans know right before our eyes.

Producer Dylan Clark stated that with The Batman they are looking to build a foundation for more stories to come from. There is no immediate talk of a sequel or spinoff, despite two different projects in development for HBO Max. But regarding a sequel film, Pattinson has stated that he has mapped out exactly how Bruce’s psychology grows over two additional films. He also stated that he would love to return.

Clark also shared that he told Christopher Nolan that they are trying to best the success that he had with The Dark Knight trilogy. The film is intended to not retell the origin of Batman since it has been done so many times in the past. The film is set in year two for Batman, which means less focus on connecting to Bruce Wayne and more on having the audience connect with Batman.

Colin Farrell refers to his character as “Oz” and his inspiration for the character came from a specific character from The Godfather. Matt Reeves mentioned Fredo to base the character on “because Fredo’s crippled by the insignificance that he lives within, in a family that is full of very strong, very bright, very capable, very violent men. Which is why he commits the act of betrayal that he does, because he’s weak, he’s kind of broken, and he’s in pain.” The prosthetics that make Farrell unrecognizable came from trying to create a different look of the character instead of being overweight.

The Riddler for the film was always meant to be a different take than what fans saw in Batman Forever. Reeves has said that the character was influenced by the Zodiac Killer who taunted the police with clues. But Paul Dano wanted to take it further than just basing the character on a serial killer. The character is intended to grounded like a serial killer but amplified because of the connection to Batman.

In addition to all of the exclusive information offered by Empire for The Batman, Matt Revees also released a new motion poster warning fans to “question everything.” Warner Bros. has also released a new synopsis for the film which gives a little bit more details on what to expect from the plot in the film.

Two years of stalking the streets as the Batman (Pattinson), striking fear into the hearts of criminals, has led Bruce Wayne deep into the shadows of Gotham City. With only a few trusted allies -Alfred Pennyworth (Serkis), Lt. James Gordon (Wright)-amongst the city’s corrupt network of officials and high-profile figures, the lone vigilante has established himself as the sole embodiment of vengeance amongst his fellow citizens. When a killer targets Gotham’s elite with a series of sadistic machinations, a trail of cryptic clues sends the World’s Greatest Detective on an investigation into the underworld, where he encounters such characters as Selina Kyle/aka Catwoman (Kravitz), Oswald Cobblepot/aka the Penguin (Farrell), Carmine Falcone (Turturro), and Edward Nashton/aka the Riddler (Dano). As the evidence begins to lead closer to home and the scale of the perpetrator’s plans becomes clear, Batman must forge new relationships, unmask the culprit, and bring justice to the abuse of power and corruption that has long plagued Gotham City.

Since Reeves has told us to question everything, why is this the third synopsis released by Warner Bros. in the past few months? More details seem to be given in each press release, but is there more of a reason than just the marketing department looking to stay busy? With all of the exclusive details revealed for The Batman by Empire, what are you most excited about? The Batman hits theaters on March 4, 2022.