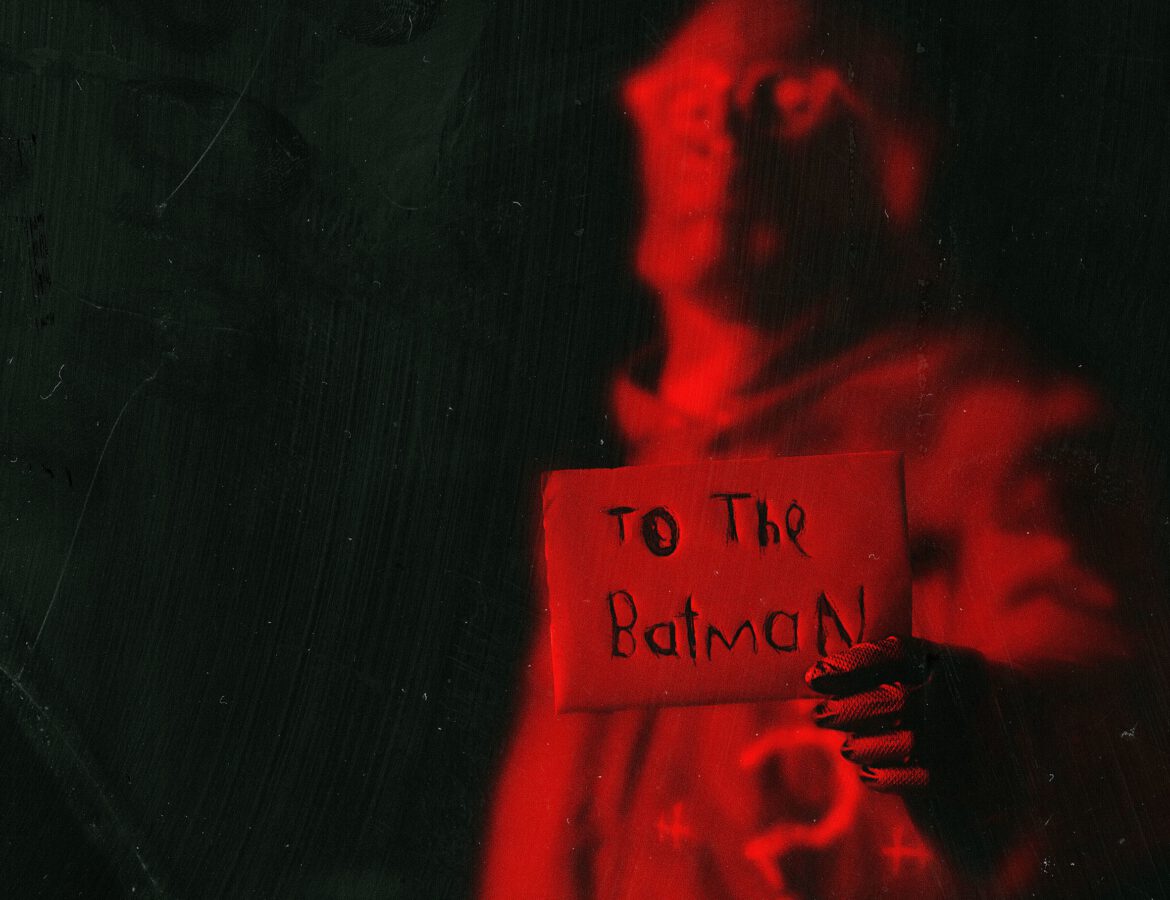 Matt Reeves’s upcoming The Batman released its third and possibly final trailer recently. This trailer had a particular focus on Zoe Kravitz’s Catwoman and her potential role in the film. This trailer got a fanbase that was already hyped up for this movie somehow even more hyped. While this trailer managed to raise the excitement level even higher across Bat-fandom, it has also raised a few questions and talking points. Let’s ask these questions and discuss possible theories for The Batman in today’s TBU Five Things.

While we have heard Paul Dano’s voice in each trailer (and it is very creepy), we have yet to see his actual face. We have a few shots in trailers of him in his Riddler costume with the green mask and the glasses over the top. We have also gotten an official poster featuring Riddler holding an envelope that says “To The Batman.” Yet we haven’t seen Dano without that mask, and that raises a few questions that Riddler would be proud of as well as some theories for The Batman.

Does he have scars of some kind? Every time we are about to see Dano without the mask the camera cuts away. Edward Nashton (or Nygma) is not typically a character that has facial scars. Not like certain versions of Joker. I can’t picture Matt Reeves keeping this universe so grounded but having his Riddler with a big question mark scar on his face. Riddler usually wears a purple domino mask or no mask at all, but this Riddler has a full face mask. Are we not seeing his face to add to the mystery of the character or for other reasons? We will have to wait to find out.

#2: What did Alfred lie to Bruce about?

At one point in the trailer, Bruce tells Alfred that Alfred has lied to him, which is followed by a shot of a sullen Alfred looking down. What did Alfred lie about? All the trailers indicate that Riddler is attacking the wealthy families of Gotham, and no Gotham family is wealthier than the Waynes. We hear Selina Kyle say that Riddler’s latest clue is “all about the Waynes.” We keep seeing that shot of Bruce on the floor with evidence where he has written “The sins of my father?” These moments have raised suspicions about the role that Thomas Wayne had in Gotham.

Recently, certain adaptations have had Thomas Wayne connected to shady things and involved with Gotham’s underworld in one way or another. In Joker, Thomas seemed more of a deadbeat than a man connected to organized crime, but in Batman: The Telltale Game, the series flat-out had Thomas connected to organized crime and bankrolling Carmine Falcone’s criminal activities. Will we see something like that? In Matt Reeves’s universe is Thomas Wayne not going to be the saint of Gotham that we have always known him to be and Riddler is exposing that? It could be interesting to see Bruce Wayne not only save Gotham City as Batman but also save the Wayne family name at the same time.

#3: Will this be our best cinematic Catwoman?

This trailer was titled “The Bat and the Cat” and showed hints of the relationship between Batman and Catwoman. Out of all the trailers, this one had the most of Selina Kyle. The chemistry between Batman and Catwoman jumped off the screen for me. Catwoman was a standout here, and Zoe Kravitz looks like she is about to own this role. We saw how Catwoman can play both sides of the law, and even Bruce doesn’t know if she is on his side. It looks like Catwoman is fighting alongside Batman at certain points in the trailer and will probably help Batman take down the Riddler. She most likely won’t help Batman because it benefits Gotham but because it benefits her as Catwoman is a character that is always looking at what benefits her the most.

We have been blessed with some great live-action Catwomen in the past. From the three Catwomen of the 60s to Michelle Pfeiffer to Anne Hathaway and now Zoe Kravitz, there really hasn’t been a miss. Except for Halle Berry. Sorry to anyone who is a fan of that movie. Just from these trailers, one of the safe theories for The Batman is that Zoe might have a chance to be the best Catwoman that we have seen.

#4: Does Riddler know that Bruce Wayne is Batman?

Now it would make sense that Riddler would know Batman’s secret, but theories like that wouldn’t be something that would be given away in a trailer for The Batman. Especially such an important story point like that. Comic book movie trailers are known to edit things in such a way as to mislead the audience, and I think that is what we are seeing here. Riddler is going after the rich, so it would make sense that he has a face-to-face with the richest man in Gotham City. Could Riddler have figured out Batman’s identity? It’s possible, but giving that away doesn’t make much sense to me.

#5: Is there another twist coming in the film?

We have seen a lot of great moments in this trailer but obviously not everything. This movie has all the makings of a classic thriller. And the best thrillers have twists that the audience doesn’t see coming and that is why we are diving into theories for The Batman. Is there a villain above the Riddler? If the Riddler is attacking the richest people in Gotham, they are not going to take that lying down. Just throwing it out there, but could the Court of Owls play a role in this film? We know the Court is a secret society made up of wealthy families in Gotham City. Maybe Riddler has found out that secret and is trying to expose that to the world.

All these questions will be answered on March 4, but for now, all we can do is watch the trailer and speculate on what will happen. This film has had three trailers and each trailer has been better than the last. I cannot wait for this movie. I feel like it has a chance to be an instant classic and could stand shoulder-to-shoulder with The Dark Knight. The Batman is coming.