TBU TV Review: The Batman: “The Bat and the Belfry” 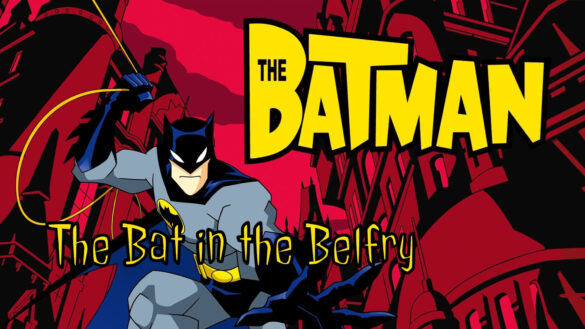 This article begins a new series here at TBU where I am going to rewatch and shine a spotlight on what I think is an underrated Batman show- The Batman, not to be confused with this year’s hit movie starring Robert Pattinson. Rather, I’m talking about the 2004 animated series that ran for five seasons. And what better place to start a new review series than with the first episode of the series, “The Bat in the Belfry.”

The majority of Batman fans will agree that Batman: The Animated Series is by far the best Batman show. For many fans, that version of Batman is their definitive version of the Dark Knight. However, Batman has been the focus of a number of animated shows that many fans love. From Super Friends, BTAS, and Justice League to Batman: The Brave and the Bold.

Like I said before, I want to give love to this specific animated series. From what I remember, there are some very cool stories, and each episode has always been entertaining to watch. I’m going to point out three things about each episode. They may not always be positive points, though. Let’s get into the review of “The Bat in the Belfry,” written by Duane Capizzi. 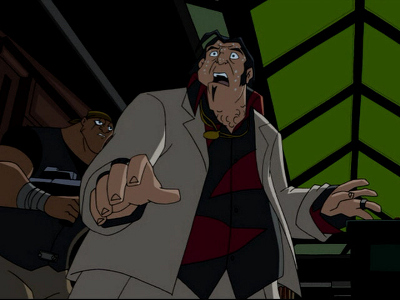 Right off the bat (no pun intended), we see that this show is already different from Batman: The Animated Series. Here we get a cold open before the opening credit sequence. In this cold open, we get our first sense of what this Batman is about.

He’s coming to bust up some criminals, as Batman is known to do. He’s moving at almost superhuman speed. We catch a glimpse of the new batarang. We don’t hear Rino Romano’s Batman voice until the end of the scene when we hear him say, “I’m the Batman.” Romano’s Bat-voice is a little younger than we are used to, but it makes sense. After the opening credits, we learn that Bruce Wayne has only been Batman for three years.

We also see the new Batmobile and Batcave. I like the design of this multi-level cave in which Batman needs a new form of bat-poles to get up and down. 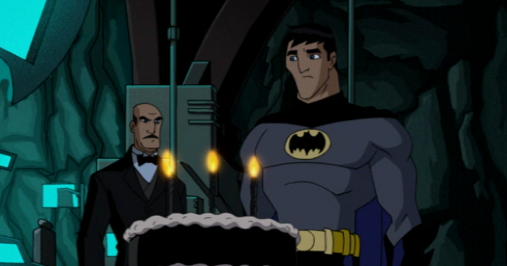 The new characters that long-time fans are introduced to all come from the Gotham City Police Department. Ethan Bennet, Ellen Yin, and Chief Rojas are all created specifically for the show. Bennet is revealed to be an old friend of Bruce who believes in what Batman is doing for the city. Yin, voiced by Ming-Na Wen, is a transfer from Metropolis who does things by the book and looks to capture Batman on Chief Rojas’ orders.

One aspect that I liked from this first episode is the idea that Batman is an urban legend, and no one in Gotham has really seen him until Bennett sees him during the Joker’s (we’ll get to him) Arkham Asylum attack.

I’m looking forward to seeing how the Bruce/Ethan relationship plays out over time and how Yin’s feelings toward Batman change. 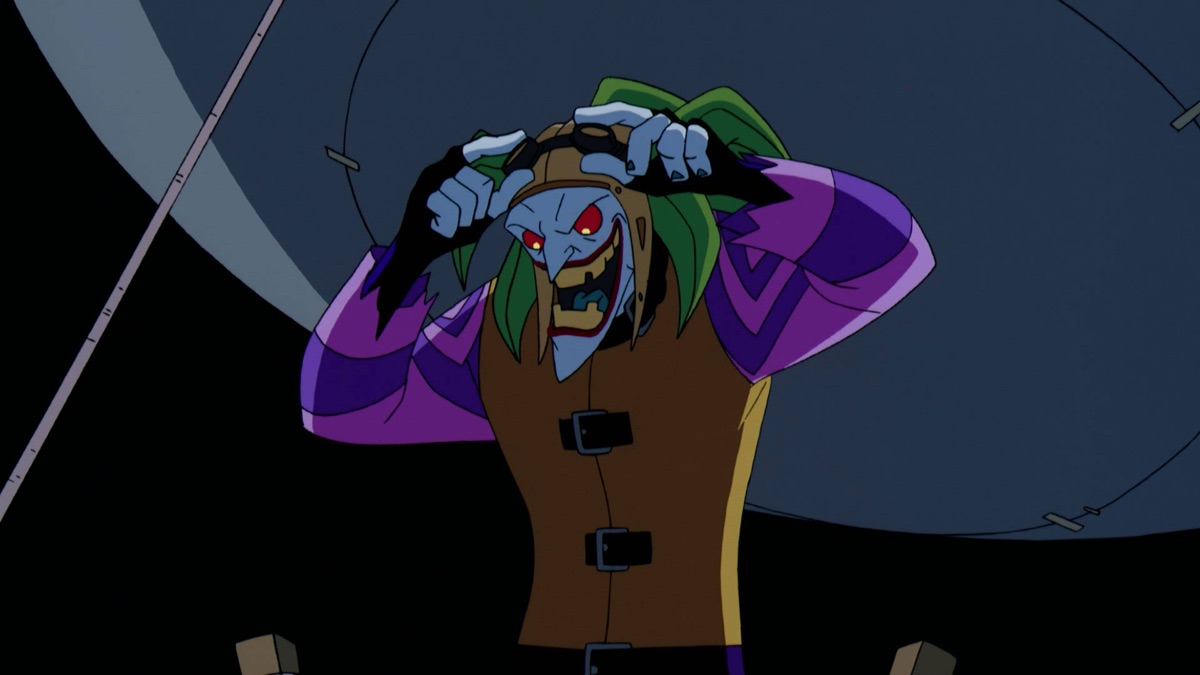 The most different aspect of this show is the design of some of the characters that we all know, and Joker is the number one example. Gone is the purple suit, and in is a purple-sleeved straightjacket and bare feet.

Personality-wise, this Joker is similar to the one that we know and love. He’s cracking jokes and looking to poison Gotham with Joker gas, but the way he moves is very, very different. This Joker literally bounces off the walls. He will hang off the ceiling and taunt Batman.

Joker has a hot air balloon full of Joker gas, but Batman is able to stop Joker and divert the balloon into Gotham Harbor. As Batman releases the gas underwater and a school of fish swims by, I think of the classic Joker Fish storyline.

I’m excited for this rewatch of this underrated show, and I hope you watch along with me. Who knows, maybe if the readers demand it, I’ll do a Gotham rewatch. (Please don’t do that to me, though).

Editor’s Note: The complete series of The Batman, which includes the episode “The Bat in the Belfry” this review covers, is available digitally as well as on DVD and Blu-ray. You can order your copy and help support TBU in the process by heading over to Amazon.

The Batman: The Bat in the Belfry

Overall, I think this was a pretty great first episode. We get a Batman/Joker story right from the start, and all the characters' relationships are well-established.