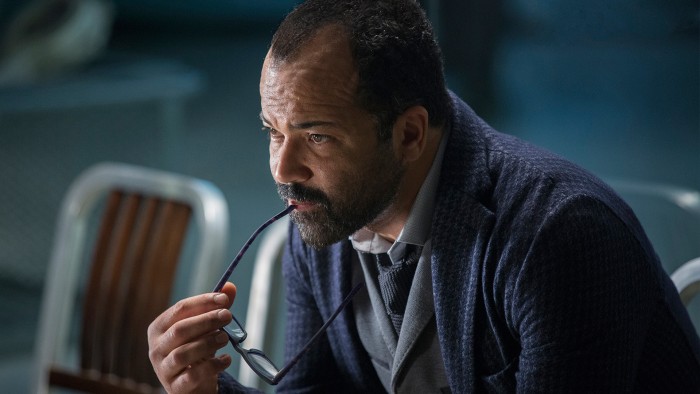 Early Sunday morning (or late Saturday night depending on your location), actor Jeffrey Wright, who has been cast a Commissioner Gordon in director Matt Reeves’ new Batman film, tweeted out that he had arrived in London and was “off to Gotham.”

So far there has been very little officially known about the film, and speculation is already running rampant as to what these photos say about the tone, style, and setting for the film. Whether these photos confirm that the story is set in the past (as has been rumored), or if they’re an indication that the story is set in present-day remains to be seen.

What is more interesting is that these early photos are on location and not in a sound stage away from the prying eyes of the press, which is more in line with how director Christopher Nolan shot the Dark Knight Trilogy rather than the sound stages and green screen that both directors Tim Burton and Zack Snyder used for their films. If that is the case, it remains very possible that we might get some in-costume action from the principal cast, and perhaps we are headed towards a Batsuit reveal sooner rather than later.

The film, rumored to be titled ‘The Batman,’ includes Robert Pattinson as Batman, Zoe Kravitz as Catwoman, Jeffrey Wright as Commissioner Gordon, and Paul Dano as The Riddler and is scheduled to arrive in theaters on June 25, 2021.