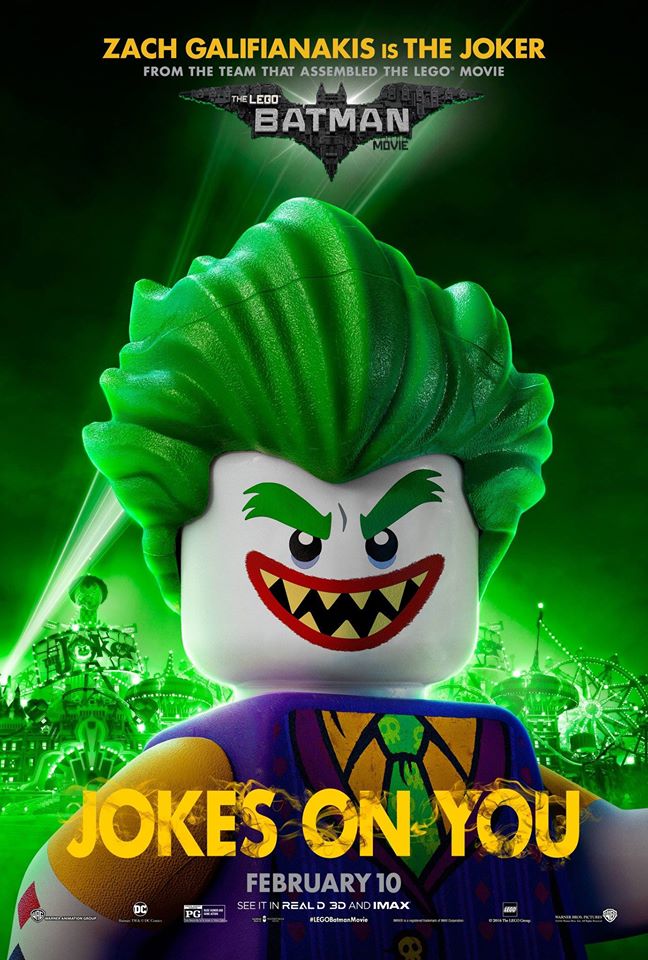 If The LEGO Movie was any indication, The LEGO Batman Movie will have TBU regulars “building” to a fervor of anticipation. That’s a little bit of master-builder humor for you there, and we can assure you that the humor of the film itself will have jokes “constructed” from far superior material.

You see what we did there?

Meanwhile, six posters have been released for the film. Will Arnett’s Batman, Michael Cera’s Robin, Ralph Fiennes’ Alfred, Rosario Dawson’s Batgirl, Jenny Slate’s Harley Quinn and Zack Galifianakas’ Joker round out the set. Batman played a significant role in The LEGO Movie and anyone who enjoyed the humor established there-in should feel good about the upcoming take on the Dark Knight’s home life and general crusade as the team that “assembled” that film is reunited for The LEGO Batman Movie.

In fairness, that joke is used directly on the posters.