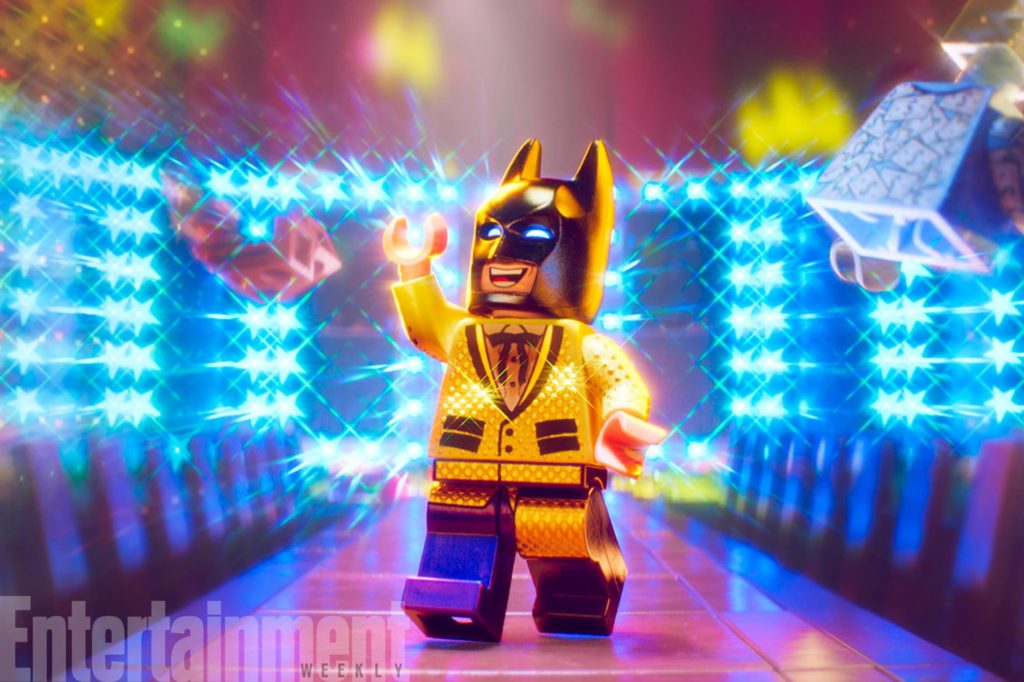 Sooo… here’s the latest image from your next Batman-centric feature film. We’re talking, of course, about The LEGO Batman Movie, of course. While this shot of Bruce Wayne in full shiny regalia seems a little out of character for the famously shoe-gaze-y Wayne, director Chris McKay assures us this particular “daily studio pic” is part of a greater gag. In fact, LEGO Batman on the whole should be every bit as much a laugh-a-minute as the last Lego film installment featuring Batman (voiced by Will Arnett.)

The picture comes via Entertainment Weekly who spoke with McKay about this specific bat-suit and how it came to be.

“In all the Batman movies, there’s always a big gala, but one of the things Batman doesn’t like doing is going out and seeing people and carousing as Bruce Wayne. He thinks Bruce Wayne is a bummer. He’d much rather be doing Batmanny things. But fortunately Alfred (Ralph Fiennes) entices him to come out of the Batcave by telling him, ‘Look, if you go out tonight to this gala, you can have a tuxedo dress-up party.’ So in this shot, this is one of the many tuxedos that Batman tries in a sort of dress-up party montage like {in} Sex and the City.”

2014’s The LEGO Movie took pretty much everyone by surprise as the sleeper fun-for-all-ages hit of that summer. With LEGO Batman now just about a month away, we expect Chris McKay’s film to have no trouble recapturing the magic that made the first LEGO movie so special.

LEGO Batman hits theaters February 10, 2017. Which of the upcoming Bat‑centric films have you most excited? LEGO Batman, Justice League, The Batman or something else? Let us know in the comments below!