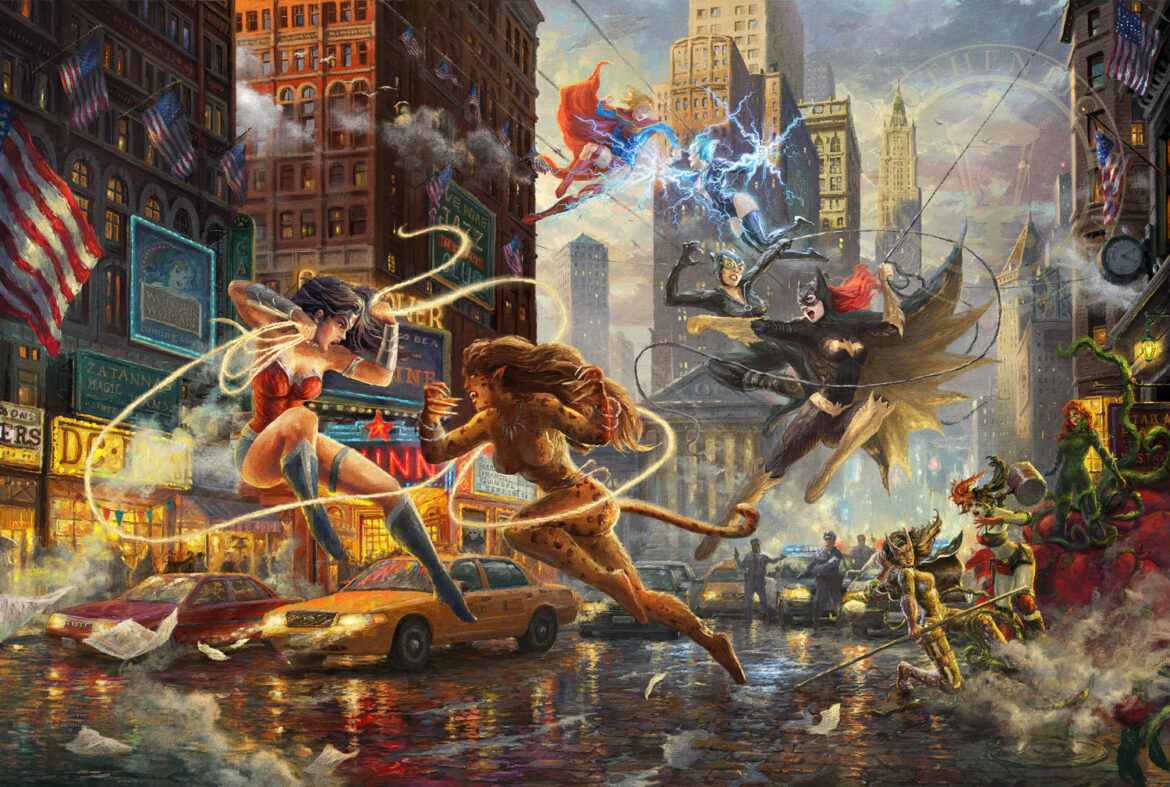 The latest fine art print offered from Sideshow Collectibles is a new print from Thomas Kinkade Studios featuring the Women of DC Comics. After a few offerings from Thomas Kinkade Studios a few weeks ago, Sideshow has revealed that it will also offer a unique piece featuring a number of female characters from the DC Universe including Batgirl, Catwoman, Poison Ivy, Harley Quinn, and Huntress. The print is available unframed in either a twelve-inch by eighteen-inch or an eighteen-inch by twenty-seven-inch paper print and both feature high-quality pigment inks that outlast normal print inks. The smaller-sized print is priced at $185 and the larger one is priced at $240. Both versions of the print are expected to ship between June and July 2021. You can preorder the print at Sideshow Collectibles. 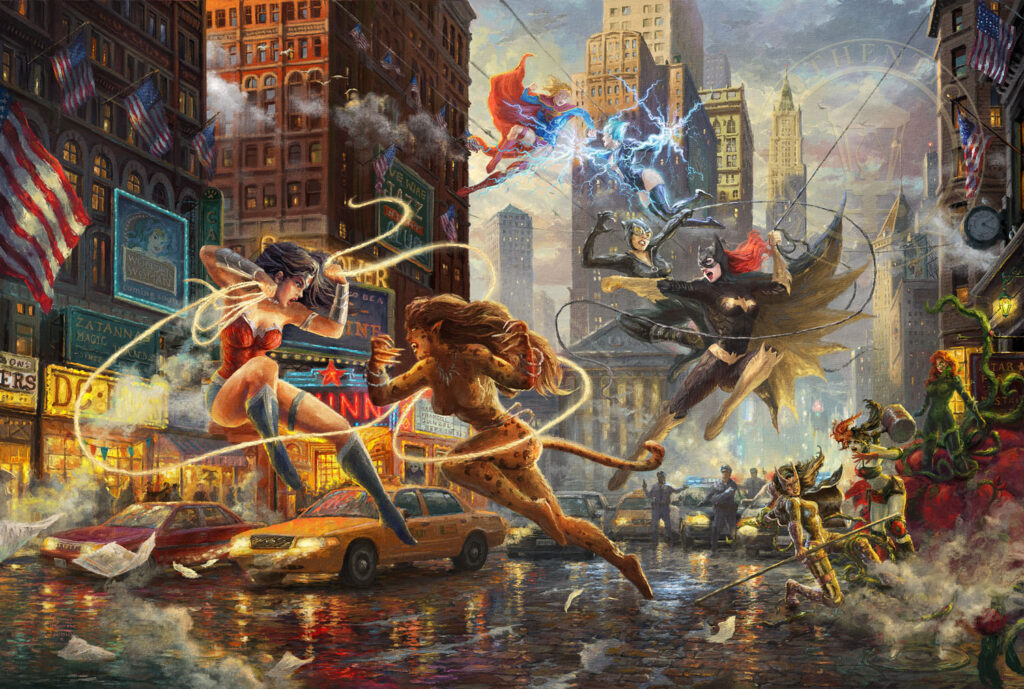 “BRACE YOURSELF FOR A HIGH-ENERGY COLLISION!”

Thomas Kinkade Studios chronicles the action-packed encounter between some of the world’s most beloved female Super Heroes and their adversaries, all in one dramatic scene – The Women of DC. As the city’s local police force stands helplessly watching, conflict ensues.

The Women of DC blends the Kinkade-style of warmly lit storefronts and glossy streets, with DC’s electric line up, to produce a dynamic collector’s piece.