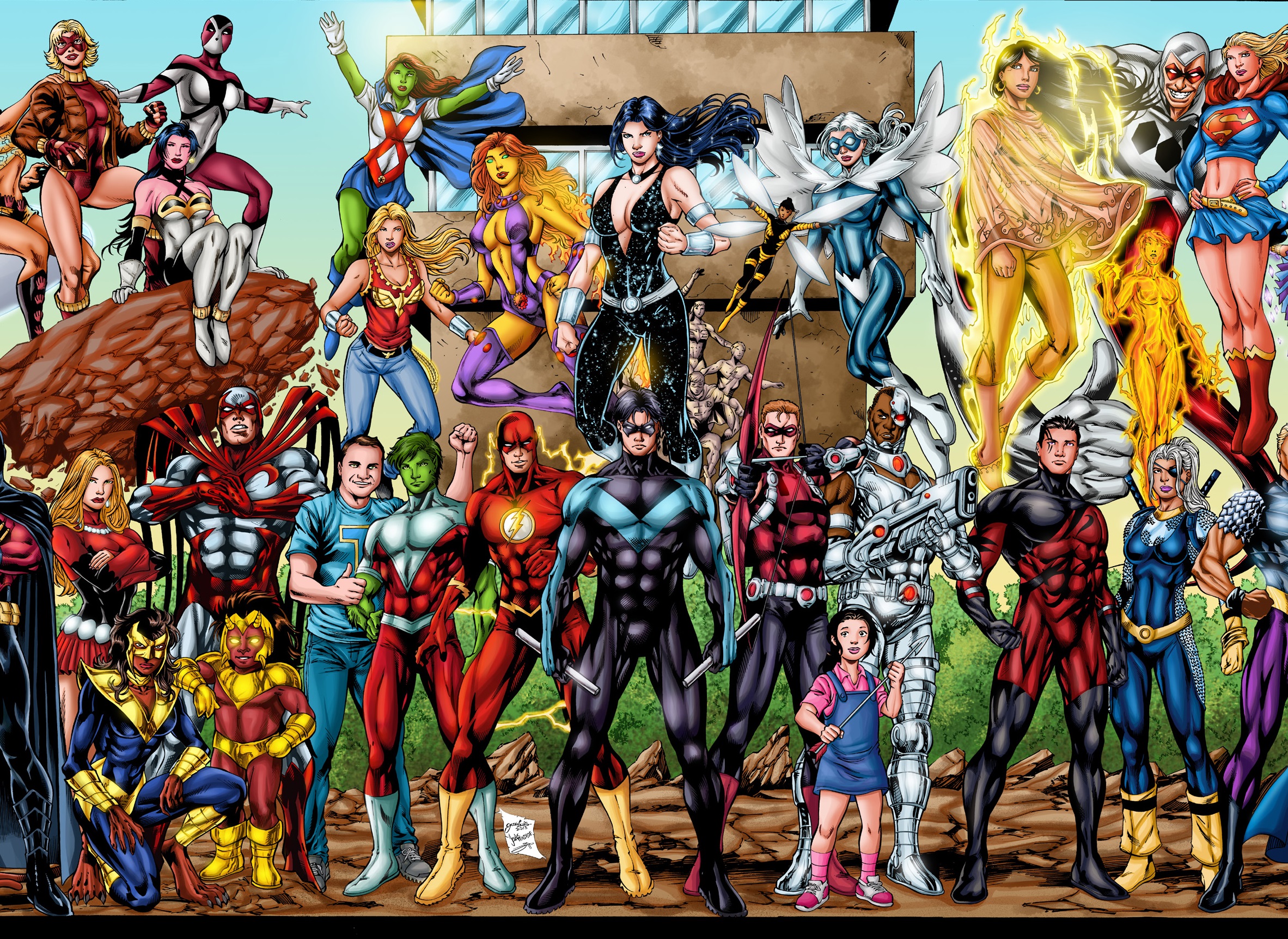 Tons of news today as Warner Bros. announced a new streaming service themed around DC properties. Besides the third season of Young Justice coming to the service is the long-planned Titans series.

Revealed to be eyed by TNT way back in 2014, the Titans series was said to follow Dick Grayson as he moves away from the shadow of Batman to lead a new team that would include Starfire and Raven. There were a few other points that brought the series back up including a possible team line-up and word that the series was being honed before jumping the gun, ultimately it was revealed last year that TNT ultimately had passed on the series. Geoff Johns assured fans that they were still looking for a place for the series when speaking to TVLine.

TVLine: Is there any chance another network will pick up Titans, now that TNT has abandoned it?

Geoff Johns: Interestingly, when we chatted up DC Entertainment CCO Geoff Johns at TCA — just days after TNT let slip the bad news — he shared, “We [at DC] have known about [Turner nixing Titans] for months and months and months. That’s not new news to us.” The silver lining: Regardless of the basic cabler’s decision, “We have plans for Titans,” Johns asserted. “It’s a huge piece of DC and we have plans.”

And now we know that the plans for the streaming service might have been in the early stages as far back as last February. There are not a ton of details on the upcoming series, but the official press release had this to say about the series.

“Titans” follows a group of young soon-to-be Super Heroes recruited from every corner of the DC Universe. In this action-packed series, Dick Grayson emerges from the shadows to become the leader of a fearless band of new heroes, including Starfire, Raven and many others. “Titans” is a dramatic, live-action adventure series that will explore and celebrate one of the most popular comic book teams ever.

So Dick Grayson will be in live action form once more sometime next year. Looking forward to the live action series? Sound off below.