Nightwing will be in Pilot for “Titans” Show 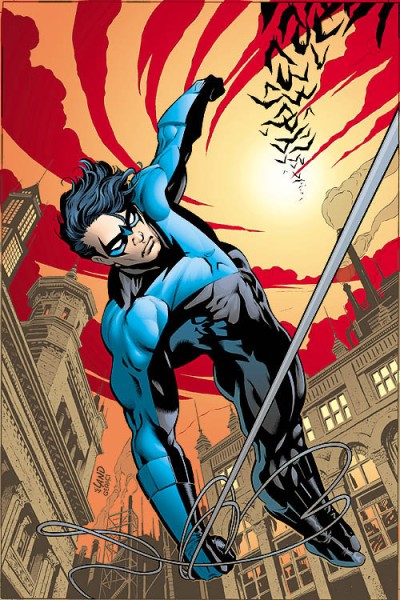 With the stream of DC Comics-based TV show news remaining steady, DC Entertainment Chief Creative Officer Geoff Johns provided the first update on the TNT “Titans” series in a while: That the pilot will shoot next year. Johns revealed the information responding Sunday night to a fan on Twitter.

@kyler416 We shoot the pilot next year!

@kyler416 Long time coming to get Nightwing to live action…!

Reports of a “Titans” TV series first surfaced in September, with Akiva Goldsman and Mark Haimes cited as executive producers. The show will reportedly draw influence from the classic “New Teen Titans” comics by Marv Wolfman and George Pérez; centering on Nightwing, with early accounts also listing Starfire and Raven as part of the team.

While Dick Grayson has appeared in live action as Robin before, notably played by Burt Ward in the ’60s “Batman” series and Chris O’Donnell in the ’90s movies, no actor has yet donned the characters signature blue and black suit. It looks like “Titans” aims to fix that.