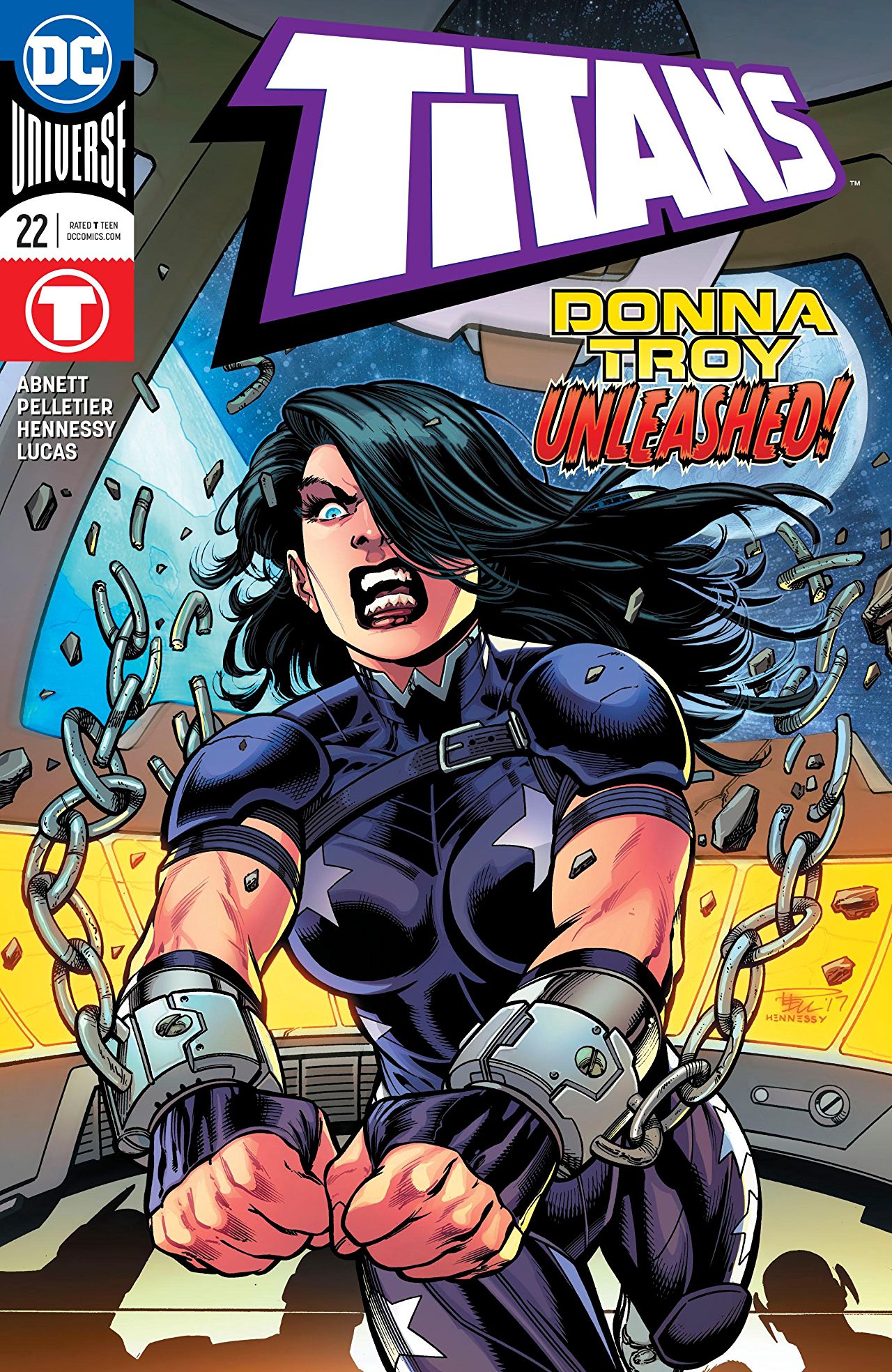 Overview: The Justice League faces a major crisis, while Roy goes up against a crisis of his own.

Synopsis (spoilers ahead): Up in the Watchtower, the Justice League is facing a big crisis as a number of natural disasters start happening all at once all over Earth. Donna finds Batman, Wonder Woman and Flash trying to figure out what to do, while the rest of the League is already deployed. With more occurrences popping up, Batman is the only one left, coordinating the actions. He refuses Donna’s offer to help.

Meanwhile, in the headquarters of the Brotherhood of Evil, the Brain is getting close to reaching 60% of his mental capacity. He is now controlling the weather, and will soon be able to access the minds of those who used Bliss, the drug Roy has been investigating. Mallah is worried that the strain might cause the Brain to collapse. He is also worried that the Brain might just get rid of him once he reaches his full potential.

The Justice League, as they try to control each crisis, realize they are being targeted. Batman is at a loss, trying to analyze data on the events, and Donna seizes the moment to escape the Watchtower. She teleports to Manhattan, where she finds Roy getting beat to an inch of his life by Cheshire’s hired force. Donna gets there just in time to avoid Cheshire killing Roy.

Cheshire’s men get distracted in wondering whether or not it would be worth it to get in the way of an Amazon, and so Roy takes that as the perfect moment to strike back. After they get rid of Cheshire and her men, they follow one of Roy’s leads on the case.

Analysis: What this issue of Titans delivers is an uneven storytelling while the narration follows three main scenarios. The Justice League deals with a worldwide crisis; the Brotherhood of Evil – or should I say the Brain – plots world domination; Roy Harper gets the beating of a lifetime. Fortunately, it is the Titans that get the better plot development. Unfortunately, the other two don’t fare so well.

One of the most overused plots for the Justice League is having a major global crisis that has the team spread thin and that could have been avoided had them this or should them that. It is not much different here in Titans, with the team being deployed individually to try to deal with natural disasters in the making. The one difference is the tension being built up in the monitor room, as Batman starts to lose control over every single aspect of the operation, including keeping Donna under house arrest. While the Watchtower scenes do manage to convey that, there is a level of tension that misses in the structure of the plot. There is no sense mystery to what is going on, we don’t get to feel Donna’s exasperation of Batman’s confusion, we only get to see the results. In this case, telling and not showing might have worked better. Instead of showing all of the team members fighting with traveling panels, it might have been more efficient to enhance Batman’s loneliness in the monitor room as he loses contact with the League. When it comes to the Brotherhood, this issue was basically a replay of the previous one. The dialogue is playing the same tones, even their position in the room hasn’t changed. Mallah continues to be concerned with the Brain, the Brain continues to enhance his mental capacity. In fact, the reveal that the Brain is the one behind the global crisis might even have been kept only for this issue, letting Roy’s investigation lead the reader to the final reveal.

And then we get to the part that makes this whole issue be worth it: Roy Harper and Donna Troy. Once again, Pelletier shines brighter in the physical fight scenes. It is rare for heroes to be shown swollen and bloody after they get beaten, but Pelletier was brave enough to go there in a regular superhero comic book. Not only that, he is shown as fallible, and it is Donna’s arrival that saves his skin. As established since the Perez/Wolfman era, it is the women in the Titans that are the heavy bruises, and it is the Amazon facing Cheshire that makes for the big battle. This sequence is much more compelling than any one of the Leaguers fighting a natural disaster and some robots. It is a face-off that was being built since the beginning of the arc, one that has consequences and moves the plot forward.

Final Thoughts: Despite having a number of storytelling problems, this issue of Titans manages to move Roy and Donna’s story forward.