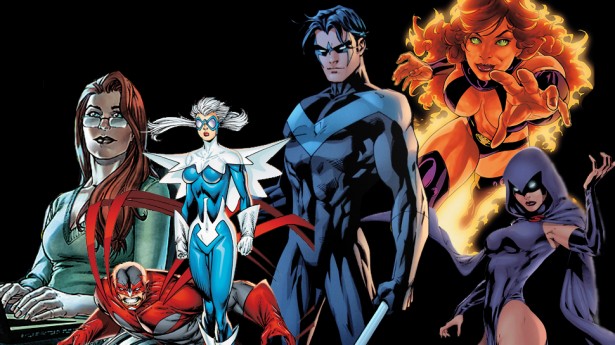 With all of the news related to next year’s TV schedule for the fall, one show from DC seems to not have been mentioned very much. TNT’s Teen Titans series was announced late last year, but other than the characters being revealed, no news on the status of the project has released.

TVLine talked with TNT president, Kevin Reilly, about the show and asked how things are moving forward. Reilly had lots to say regarding the project.

On the stage that it is currently at:

“Akiva’s been very busy doing some other things,” but it’s his hope that “maybe this summer” they will lock casting and ramp up production.

On how it will compare to the other current superhero shows:

“I sat down with Akiva and said — and he ultimately agreed — that the [TV] landscape right now is well-serviced on the superhero front. So what space is this going to inhabit?” Reilly related. “And really what he wants to do is be very true” to the source material. Teen Titans “was a groundbreaking property when it first started,” so there is an opportunity here to set the TNT pilot apart from the ever-growing superhero pack. “There were consequences to things that happened; it wasn’t somebody died and they moved on. There was the first superhero to be an addict [in Roy Harper’s Speedy]. It’s a coming-of-age story for Robin, who feels like Batman has betrayed him.”

So while the show may not have a pilot ordered and shot a series order with it premiering this fall, TNT seems to be taking there time to ensure the project is done correctly.