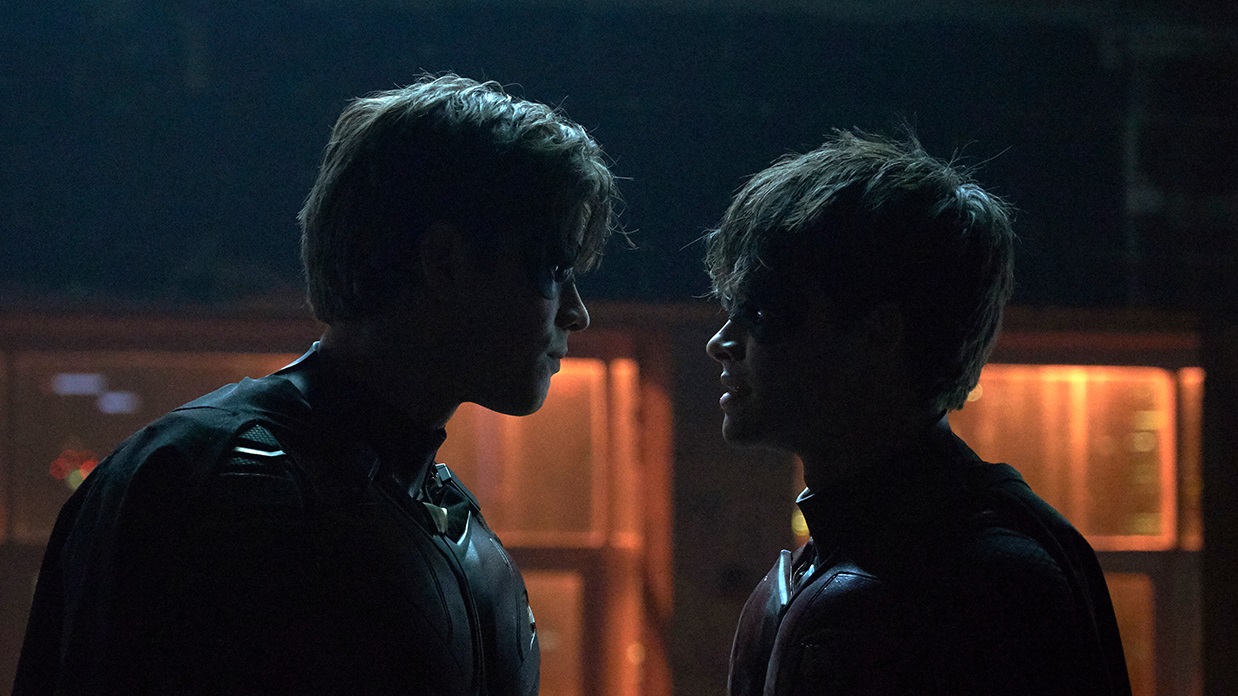 DC has gotten ahead of the private streaming service trend by launching a service of their own: DC Universe. The service will offer fans exclusive content and previews while providing access to select entries of DC’s library. Additionally, the company’s superhero-centric news program, DC Daily, can now be viewed on the site.

The service marked its launch by giving fans a sneak peek of the upcoming Titans live-action series featuring a tense encounter between Robin, Jason Todd and former Robin, Dick Grayson. Apparently, Jason Todd has been granted Batmobile driving privileges, much to the annoyance of Dick Grayson, who is in the process of branching out from under the Bat’s wing. Todd confidently introduces himself as Grayson’s replacement, prompting the question of exactly what role he will play in the origin story of the Teen Titans. Take a look at the clip cued up below (at 1:57).

The clip has been aired in honor of Batman Day, the annual celebration of Batman. As pivotal members of the Bat-Family, both Jason Todd and Dick Grayson have left a massive mark on Gotham’s mythology. Titans promises to explore their roles and their overall impact of the young heroes on the DC universe.

Titans follows a group of young heroes from across the DC Universe as they come of age and find belonging in a gritty take on the classic Teen Titans franchise. Dick Grayson and Rachel Roth, a special young girl possessed by a strange darkness, get embroiled in a conspiracy that could bring Hell on Earth. Joining them along the way are the hot-headed Starfire and loveable Beast Boy. Together they become a surrogate family and team of heroes.

The Robins are played by Brenton Thwaites (Grayson) and Curran Walters (Todd), who join a large cast of young Titans including Teagan Croft as Raven and Anna Diop as Starfire. The series will reportedly stray from the comic in some ways, but producers have assured it maintains the spirit of the Teen Titans.