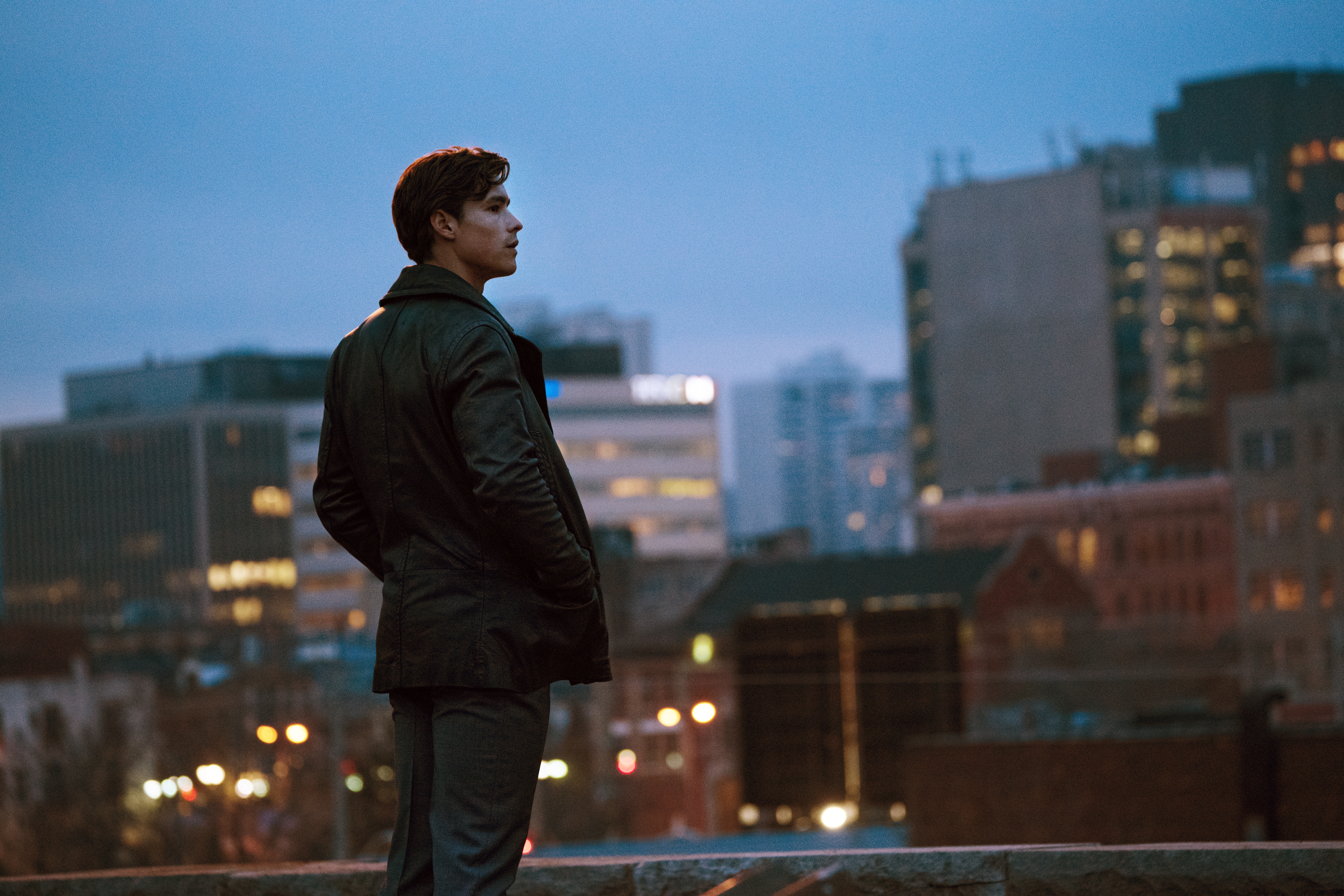 At a media session for the live-action Titans series, The Batman Universe was in attendance and had a chance to speak with Brenton Thwaites about portraying Dick Grayson in DC Universe’s first streaming drama.

Brenton spoke about how his Dick Grayson was different than the many others that we’ve seen. “It’s been cool to be given the opportunity to create something that hasn’t been seen before for one. For two, I think the way the industry is going now, putting stuff online and Netflix and especially with the DC platform it allows us to explore these characters in ways that are a little darker, a little bit more mature. We can show things onscreen that we couldn’t show a while ago. It’s been fun as an actor to portray the character and do my best to give it that grounded sense of realism,” Brenton said.

Brenton enjoys Robin’s fight scenes, but he wishes he was able to do more of the stunts himself. “It was great mate, but I do have to say my stunt guy was brilliant. I don’t know where they found him. In Toronto I guess? He could do everything. All the flips. All the stunt styles, all the fighting styles. So I was really lucky. He looked like me. You can kind of shoot him from behind. A lot of the times I’m standing there ready and they’re using him. I’m going ‘guys, I really want to do this, can we use me. It was a lot of fighting that I had done before, so the hand to hand combat stuff was really film stunt fighting… big views and angles and in tight spaces in motels or whatever it was. A few new styles that I learned were mainly kicking, kickboxing and [using the] bow staff and later hopefully the kali sticks for a different character. It was cool. It was a cool experience,” Brenton told us.

He was asked how he felt trying on the suit, but the reality of the situation was less epic and more tedious for him.  “The building of the suit took a long time. It was multiple visits to L.A. to the costume designers office to try on little pieces here and there. The first time I put it on, it wasn’t done, it was just a bunch of foam on me or whatever it was. It did not look good. There were a few of those fittings so I really didn’t feel like this is badass until the final fitting when I got my plate on, [when] it was colored. A lot of the great aspects of the suit and what they were really trying to work for was two things. Can I fight in it? Is it practical to the actor and does it look like it’s worn? I wanted it to feel like it was tired and worn like I am in the show. I think it’s important, especially for fans who know the prior history, to feel like the suit has some scars on it as well. I wanted there to be pieces taken out and scratches here and wear here and there. That took a long time to create,” Brenton said.

I asked him about the relationship between Dick and Kory, and how he would react to her. “We basically form a team in taking responsibility of the younger members of the group. That’s where our relationship starts. We both don’t really know who we are. Kory quite literally doesn’t know who she is. Dick is trying to change. He doesn’t know what he wants to be. He’s learning that as we go along in the show. That’s kind of where our relationship starts and it kind of breaks away and comes together and breaks away and comes together all throughout the show,” Brenton told me.

A reporter at our table asked Brenton if he felt nervous when he realized he’d be playing the iconic Dick Grayson. “Not really, because when I read the script I thought to myself. ‘I can do this’. It’s really invested in telling the story of Dick Grayson, not really Robin or Nightwing or really anything else. There was a lot of time spent from the writers, they really wanted to spend that screen time telling the people who this character is and there’s comfort in that as an actor because you have reasons to do things. I felt I could get into the character quicker than I would if I was just playing the Robin guy,” Brenton said.

Did you notice Brenton’s comments about the kali sticks? Will we be seeing Nightwing sooner than we expected? How have you been enjoying Titans? Let us know in the comments section below.