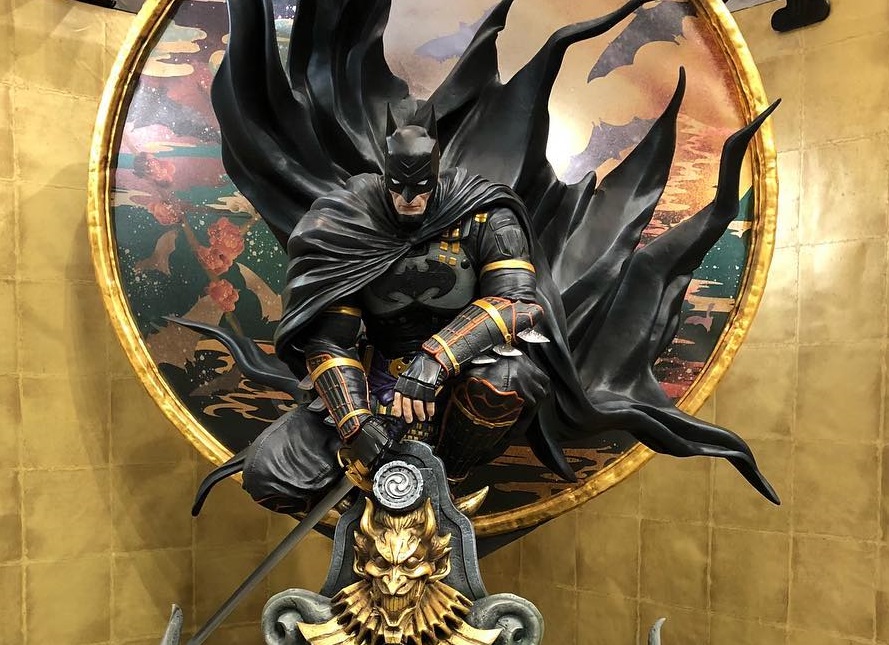 Tokyo Comic Con was full of exciting reveals for Bat-fans, but here we will focus on those interested in collectibles. The convention may take place on the other side of the world, but the majority of major collectible companies are based in Asia. They have a huge presence at the convention and showcased a ton of items that we can expect official announcements about in the near future.

First up, Kotobukiya has released official photos of the new items they are showcasing, including a new Batman: Gotham by Gaslight ARTFX+ statue and the latest addition to their Ikemen line, Red Hood. They also announced that they will be releasing both a Red Robin and Damian Wayne Robin Ikemen statues. In addition to the previously reported Justice League statues, Prime 1 Studio also announced Batman and Catwoman statues based on their designs from The Dark Knight Rises.  But not everything was live-action based, as they also showed off statues for the upcoming Batman Ninja project, Batman based on designs from Batman: Hush and another based off of Batman: Noel by Lee Bermejo.

Not to be outdone, Hot Toys showcased a number of the figures they recently have announced including a 1/6 scale Batmobile based on the movie design. Finally, Tamashii Nations featured a number of new items as part of their S.H. Figuarts line as a number items based of the upcoming Batman Ninja were shown off including a Figma figure.

What do you think of all of the reveals? Anything that stands out more than the others? What are you looking forward to the most? Sound off below.