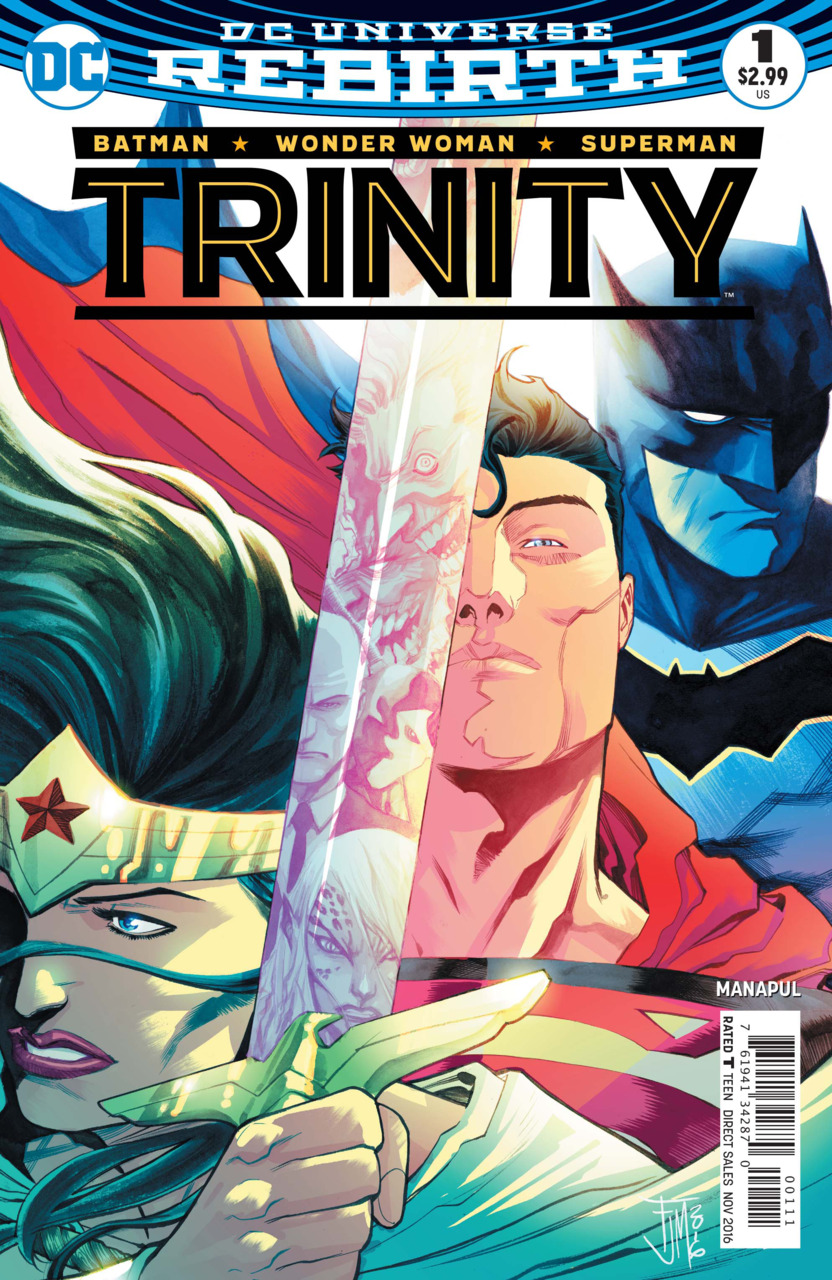 Synopsis: Opening with Superman’s son, Jon Kent, coming home and spreading “magic beans”, Lois Lane’s monologue discusses the challenges of being a new parent and how you naturally build up walls to hide the fear and anxiety that come. She says how these walls need to be broken down, so that you can let in the good that will keep you from being alone against the bad things in this world.

During this monologue Wonder Woman arrives at the Kent farm with a boar and radios Batman to not be late. At sunset, the Bat-plane flies by and Batman glides down saying that this will be a simple visit and they should be “in and out”.

Back at the house, Jon tells Lois that he was able to get the “magic beans” for free from a weird guy so he saved the money for ice cream. Just as he begins to complain about not getting to use his powers, the doorbell rings. Jon uses his X-ray vision to see that Bruce and Diana are waiting on the front porch in regular clothing. As he looks at them, his eyes light up and he accidentally uses his laser vision on them and knocks them both back. Clark arrives to and asks why they are even there. Lois reveals that she invited them because the three of them need to come together.

At the dinner that night, Lois tells Clark that she wants to get to know the people who will be there to back him up now that he is back in action. Diana agrees with this logic and Bruce just says that Diana made him come. Superman shares the story of the Batman from his timeline wearing a rainbow suit which Bruce says he has no memory of it happening. Bruce then tells the story of his first encounter with the New 52 Superman and how they had gotten off to a rough start, but eventually they had respect for each other.

Clark and Bruce then take Jon to bed while Lois and Diana discuss her feelings towards the previous Superman, but that she needs to move past it. The Trinity then are outside talking about what coming together can do for the world. Bruce has his doubts, naturally, but Clark is ever hopeful and agrees with his wife that it was good they came over for dinner.

The issue ends with Clark hearing something in the barn and finding a window into a different world almost which shows himself as a boy with Jonathan Kent calling for him to help with the chores. The younger Clark also seems to be looking through to the Trinity and remarking that he had heard something.

Thoughts: When this series was announced, I initially thought we were going to get stories like the recent Batman/Superman arcs which have been full of action but no substance. However, Manapul’s description of what he is trying to accomplish with this series and making it about the Trinity coming together as a family dynamic makes me have a lot of hope for the series going forward.

This issue in particular did a great job in showing these characters meet for almost the first time given this Clark being from pre-Flashpoint era. Manapul does a nice job of making call-backs to the old continuity (rainbow Batman!) as well as the New 52 (Superman initially trying to kill Batman). This new dynamic opens a lot of possibilities for interesting character moments as they have to adjust to the new versions of each other.

Along with the great and insightful writing, Manapul does it all with some amazing artwork. He brings his signature look to each character with full page displays of the new versions of them which looked amazing. Though this does not look to be as bombastic and action-packed like his recent stint on Darkseid War, the quiet moments feel just as much fun. He makes each character’s personality come out with just their facial expressions and behavior at a simple setting like a dinner get-together. You can feel the tension in Bruce as he as to “play nice” at dinner and the awkwardness of Diana and Lois regarding her love for the deceased New 52 Superman. You also get a great panel of Bruce and Clark sharing a fatherly moment.

Overall, I am really looking forward to Manapul showing these three become even closer in future issues. With a lot of series seeming to have a lot of action, this series will be a refreshing break with more character development and arcs.