New Statue of the Batman ’66 Penguin Coming From Tweeterhead 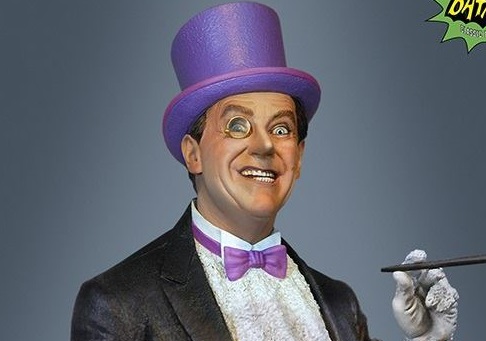 Burgess Meredith would be proud of his likeness being depicted in a new statue of the Penguin as made famous by the actor in the 60’s Batman television show. Tweeterhead, makers of the statue, have announced the statue will be made available for pre-order on March 13th for $249.99 according to a post on their Facebook:

SO excited to show you our 66 Penguin Maquette. The team of Trevor Grove, Michael Allen and David Fisher really outdid themselves. As always we had expert consultation by Chuck Williams (If you don’t follow Chuck and you’re a 66 fan, you’re missing out). It also came in handy that the Penguins Gloves and Top Hat just sold at auction so we had some great reference shots to use.

Also of note is that The Penguin is not the last statue coming from the classic series. King Tut and Mr. Freeze are on their way, though no release date has been set.