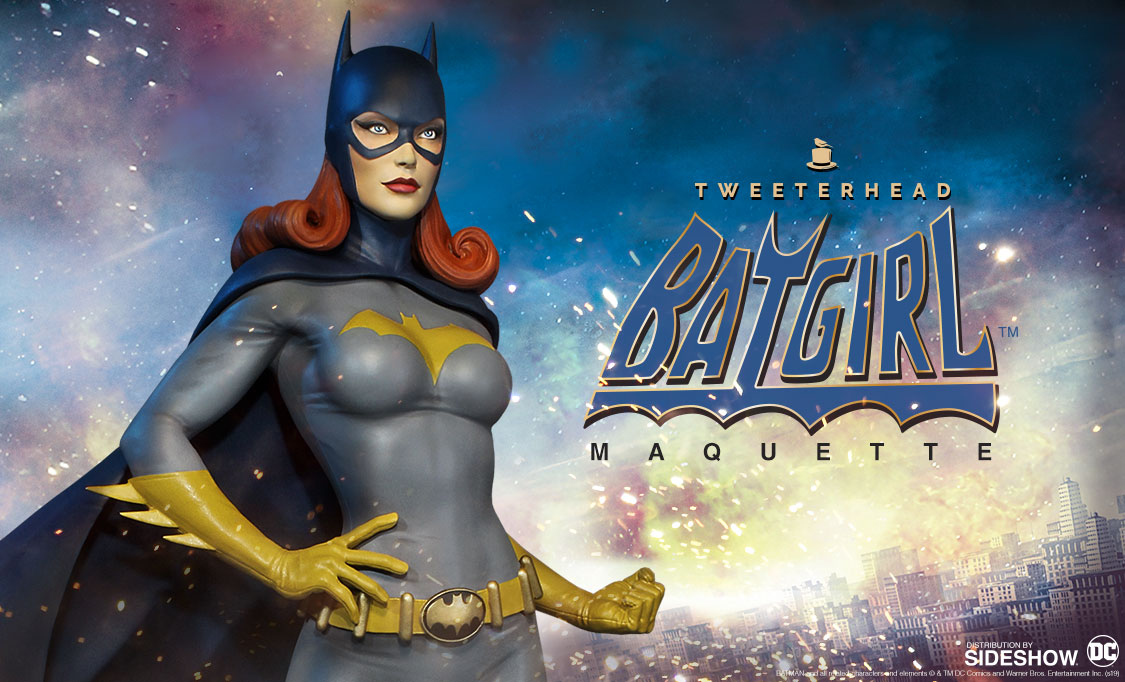 Attention Barbara Gordon fans! A new statue is coming. Tweeterhead had released pictures of an upcoming 1/6 scale Batgirl statue. The statue, which features Barbara in her classic blue and gray costume, is beautifully sculpted. The statue features Batgirl standing atop a Gotham City rooftop. The cape is fully sculpted. Tweeterhead has also stated that they will include an extra belt buckle to more closely resemble the buckle from the character’s first appearance in Detective Comics #359.

There will also be an exclusive version which will feature a swappable hand holding a batarang. The EX version is limited to only 250 pieces, but both versions will retail for $259.99 each with the statue expected to ship by the end of the year. You can pre-order the Batgirl maquette by heading over to Entertainment Earth.