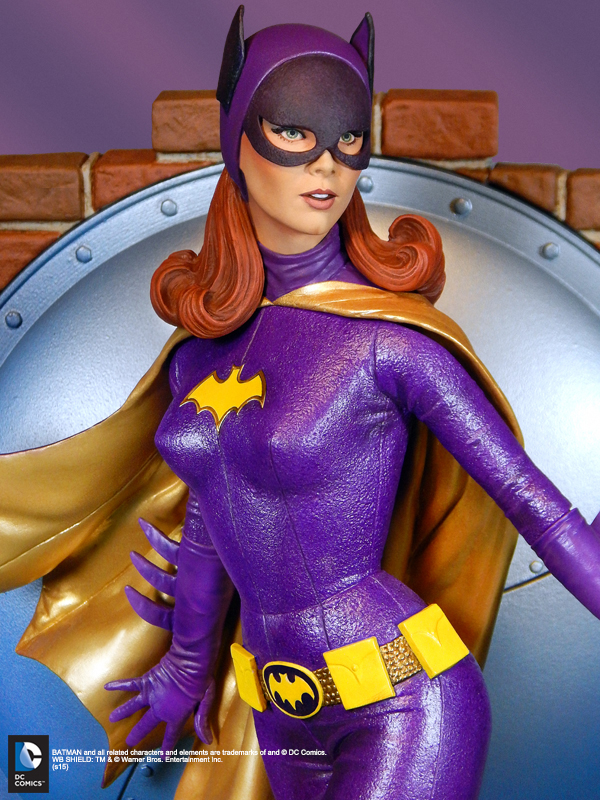 Tweeterhead has released pre-sale information about an upcoming maquette based off of Batgirl from Batman ’66. The statue has the obvious likeness of Yvonne Craig. The maquette will be released in two versions.

Version #1 includes The Batgirl Maquette with the Batty Award and lithograph of the 1960’s concept art of Batgirl’s secret door. Version #1 will retail for $249.99. Version #2 includes everything above and a certificate signed by Batgirl herself, Yvonne Craig. Version #2 will retail for $279.99. Batgirl’s Batty Award (from the episode “Catwoman’s Dressed to Kill) and lithograph are only available as a tweeterhead exclusive.

Take a look at the maquette below and be aware that this is a limited run, although the run count has not been revealed. It is available for pre-order starting tomorrow here.