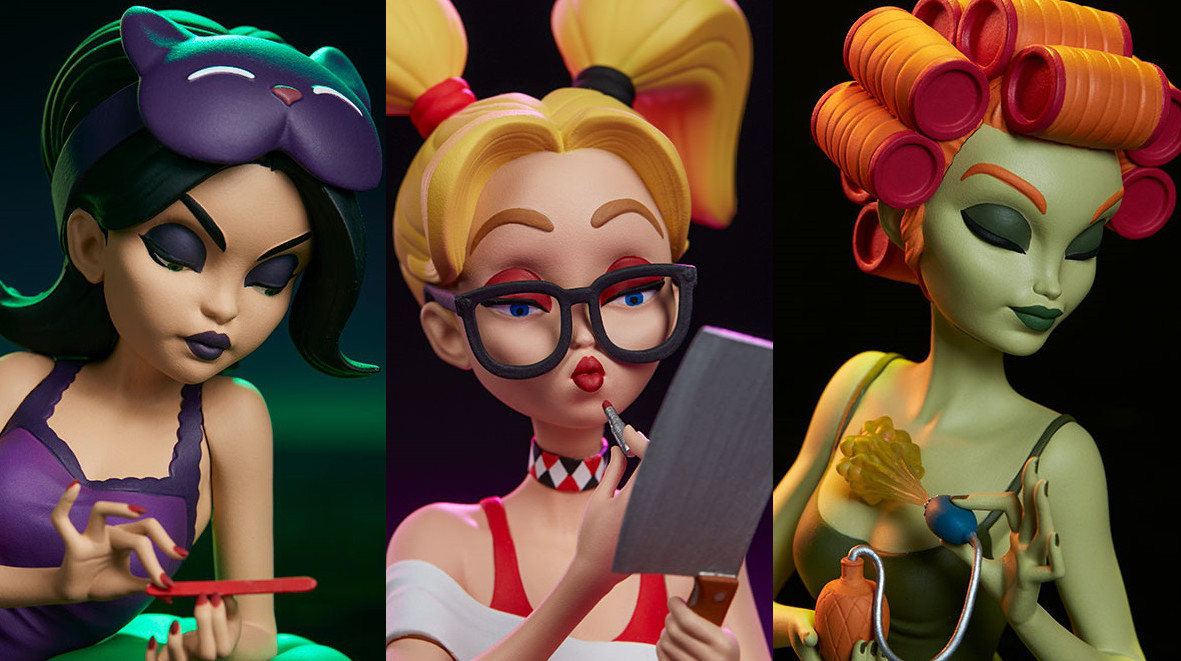 Unruly Industries has revealed their next dive into the Batman Universe with the Sleepover Sirens statue. Featuring the original Gotham City Sirens, Catwoman, Poison Ivy and Harley Quinn, this new statue set includes all three characters in individual poses. Based on designs from Cameron Scott Davis these statues stand as tall as seven inches. Priced at $260, the set is expected to ship between August and October 2020. It is a limited edition, so head over to Unruly Industries (via Sideshow Collectibles) to pre-order now.

Gotham’s very own Maid of Mischief, Harleen Quinzel, is puddin’ on the ritz as she gives herself a makeover- looking sharp! Meanwhile, Pamela Isley has planted herself down for a cozy night inside, testing out a new perfume that is absolutely di-vine. Finally, Selina Kyle is packed with purrsonality from head to toe beans as she files down her claws in a figure that is simply the cat’s pajamas.