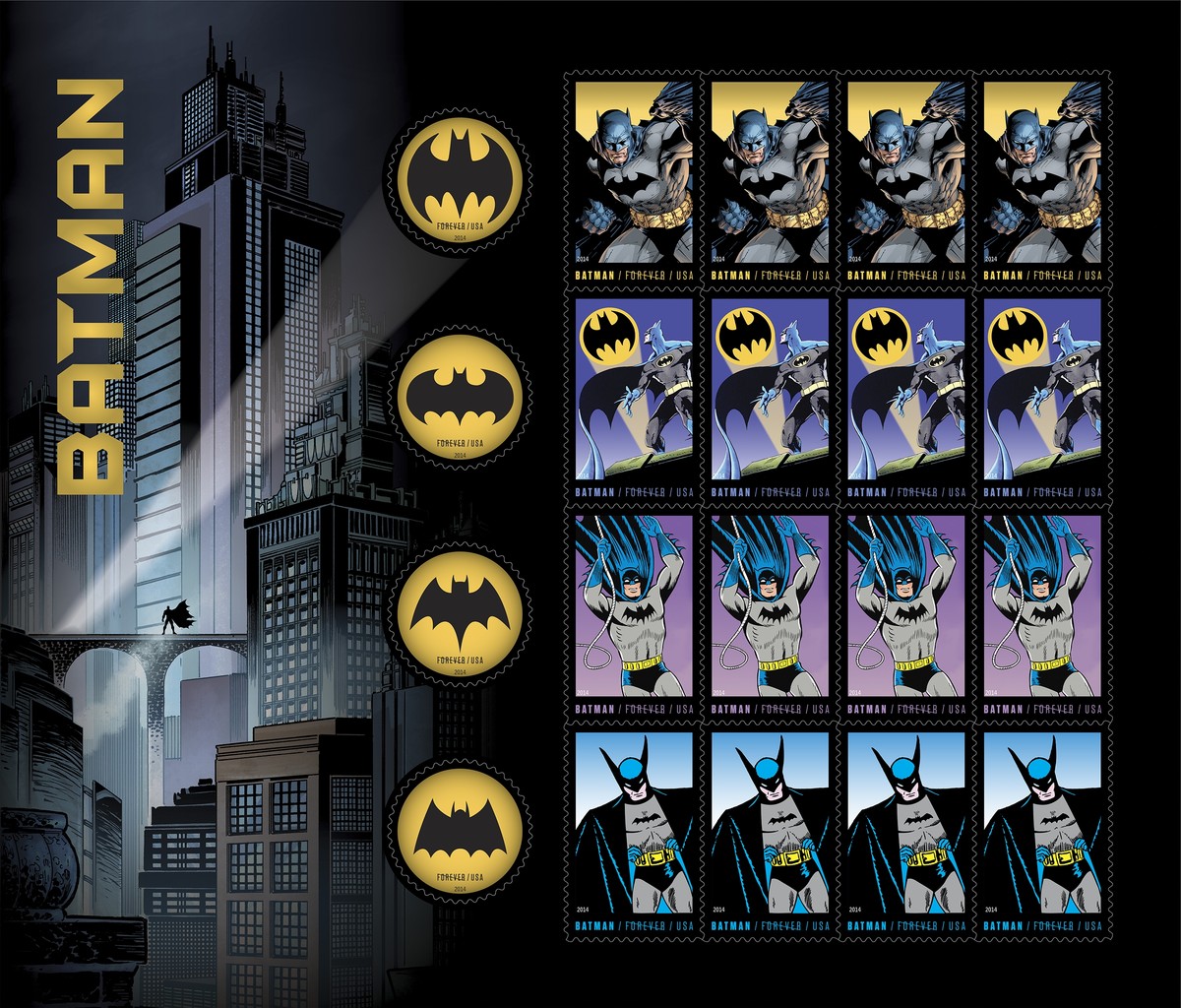 In honor of Batman’s 75th anniversary, the United States Postal Service will be releasing a limited edition set of stamps showcasing Batman’s rich history. The set of stamps will include 20 Forever stamps and will become available on October 9 after a ceremony at New York Comic Con. The set of stamps feature the four distinct ears of Batman’s history including Golden, Silver, Bronze and Modern age.