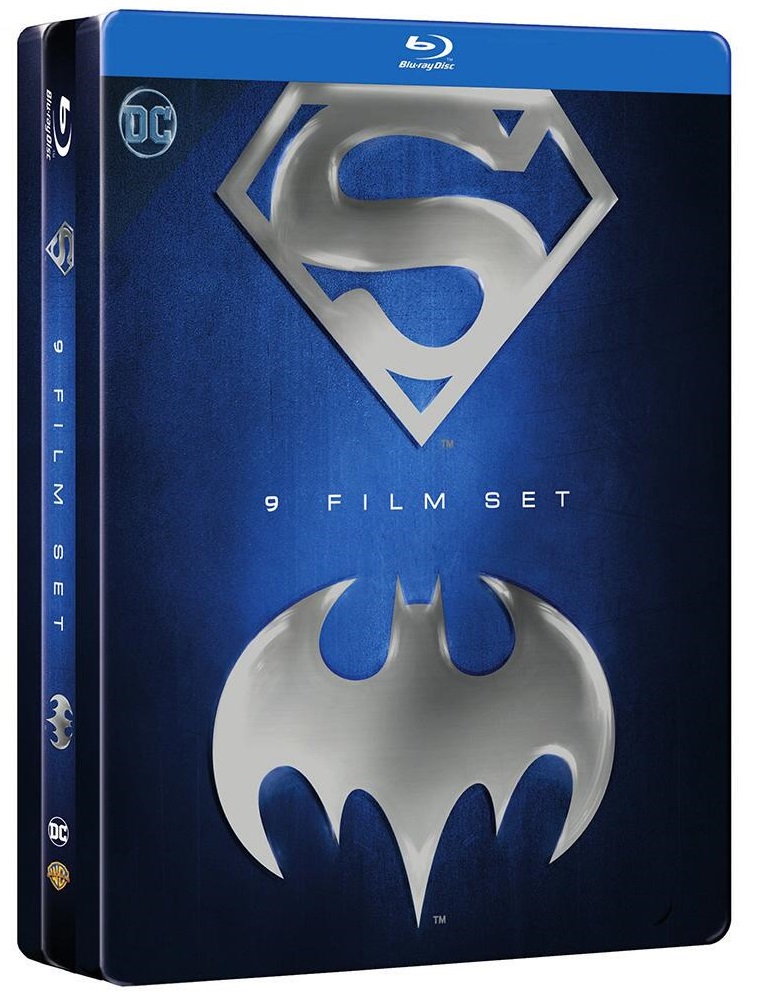 A new film collection set has been revealed by Warner Bros. The Batman and Superman nine film set is set for release October 17, 2017 in time for holiday shopping and a perfect addition to the film library of any DC or superhero fan.

The Batman & Superman 9-Film Set is a premium Blu-ray gift set that’s the perfect addition to any DC or superhero fan collection. It’s the first time all the original Batman and Superman films are released in one collection on Blu-ray. Includes Superman: The Movie, Superman II: The Richard Donner Cut, Superman III, Superman IV: The Quest for Peace, Superman Returns, Batman, Batman Returns, Batman Forever and Batman & Robin and collectible tin packaging with an iconic look.

WBshop.com is accepting pre-orders for the price of $79.99.