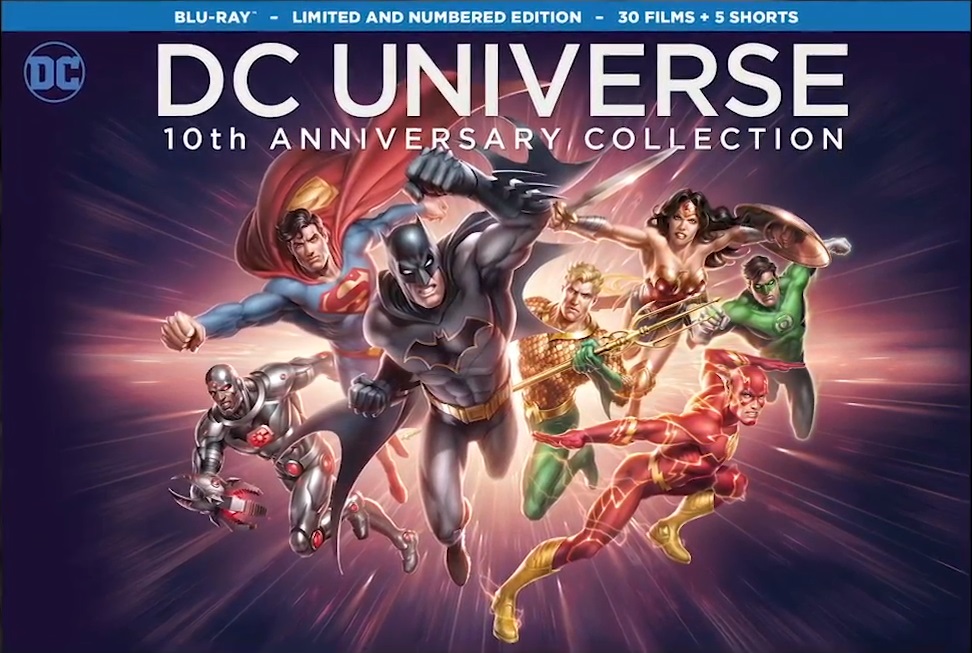 TBU previously reported on the upcoming 30-film collection of DC’s animated movies, but now we’ve gotten new details on the set, a new trailer, and info on the extras housed within.

Set for release on November 7, the Blu-ray box set will be released as a bona fide collectors item with only 20,000 being produced and priced at $299.99. Along with HD versions of every film, the set will also feature a 40-page adult coloring book featuring art from the movies, as well as a collector’s coin adorned with the “Trinity” of Wonder Woman, Batman, and Superman.

In addition to the physical collectibles, the set will also feature several new featurettes to give viewers an in-depth behind the scenes look at the these adaptations and original films. Included are:

Are you excited about this massive movie collection? Let us know in the comments below after taking a look at the official trailer.