Soundtracks From the Latest Animated Batman Films Being Released 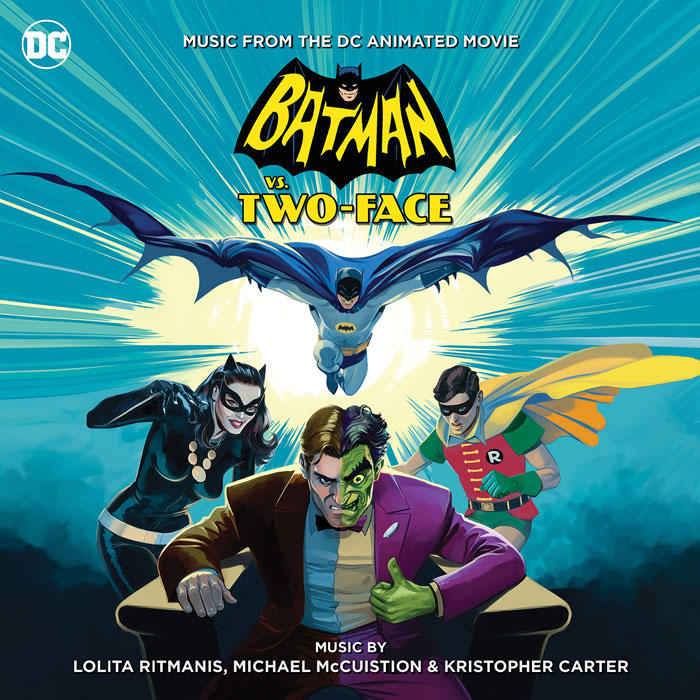 Quick, hum the opening theme to Batman: The Animated Series. Bet you were able to get that iconinc “bummm bum bum bum bummmmm” out without a second thought, and you were even able to translate those “bums” as you read them. Music has always been an integral part of the animated DC cannon, and fans of the latest animated movies, Batman and Harley Quinn, and Batman vs. Two-Face, will be able to nab those soundtracks on CD and digital form on October 6th.

Water Tower Music will release the scores to each movie, composed by Dynamic Music Partners, the trio of composers (Michael McCuistion, Lolita Ritmanis and Kristopher Carter) behind previous works in the Bat-universe including Batman Beyond.

While Batman vs. Two-Face is based on the classic 60s television show, the composers didn’t treat the music as a joke. According to the team:

The “Batman vs. Two-Face” score gave us one final opportunity to honor the late Adam West as Batman, with all the Bams! Zings! and Pows! made famous by the original television series music written by musical icons Neil Hefti and Nelson Riddle.

Meanwhile, with Batman And Harley Quinn being done in the style of the animated series, the music followed suit:

Along with recreating that Dark Deco mood, we also paid homage to some of the greatest jazz scores of the 70’s and 80’s. Our long creative history with Bruce usually allows for a musical and dramatic shorthand while discussing the score; this particular project, with its comedic twists and turns, really kept us on our toes!

If you’re a music-loving fan of Batman, be sure to check out the albums upon their release. Both albums will be available October 6 at all digital music providers and on CD exclusively at FYE Stores.