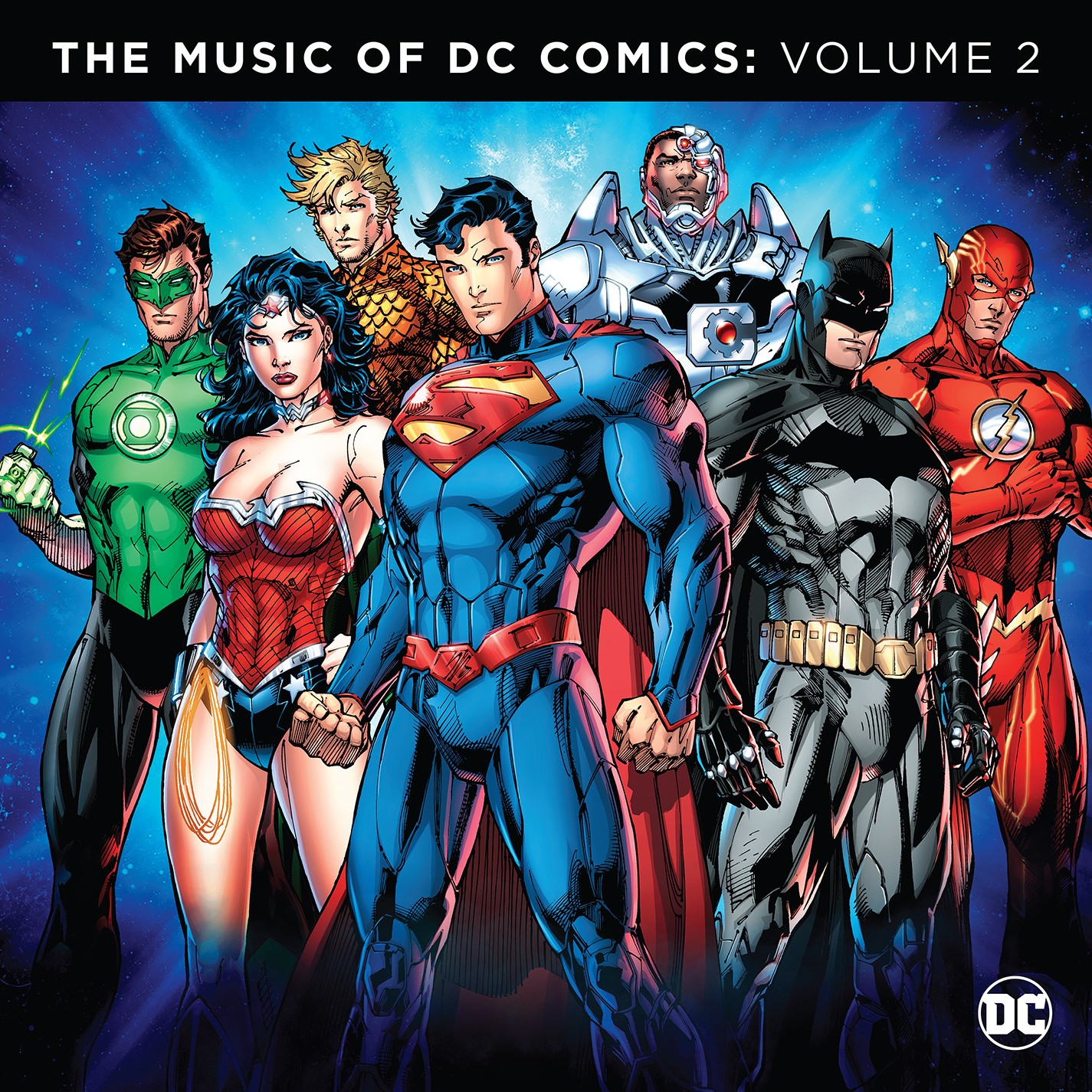 Watertower Music has announced a follow-up album to 2010’s The Music of DC Comics with a volume two release. The second volume will include twenty-nine tracks. Here is the official description:

A must-have for fans, this compilation features recordings from 1940 to 2016 from a variety of DC Comics movies, television shows, animated series, videogames, and radio shows. Containing over 60 minutes of music, the album features John Williams, Hans Zimmer, Danny Elfman, Junkie XL, Sun Ra, Shirley Walker, and Mark Hamill, among others. It includes 11 never-before-released recordings from the DC Archive, such as the themes and narration from 1949’s Columbia Pictures serial Batman and Robin, 1958’s The Adventures of Superpup, 1978’s Challenge of the Superfriends and  ‘The Ballad of Batman’ from 2002’s Batman The Brave And The Bold. Additional unreleased music includes themes from 2015’s “Supergirl” and 2016’s “DC’s Legends of Tomorrow”, both of which were produced by composer Blake Neely specifically for this album. The full 3 minute version of “Get Your Cape On” from 2015’s DC Superhero Girls is included along with “Penguin Makes Moves”, the first commercial musical release from 2015’s Gotham. This album also features 3 tracks from Sun Ra & The Blues Project that have been out of print since the 1960’s.

As far as the track list, it is extensive to say the least. Here is the complete breakdown:

The set will be available digitally and on CD on July 15. There is a double vinyl version set to release soon as well, but no set release date yet. You can pre-order it on Amazon by following the link here.

the music of dc comicswatertower records