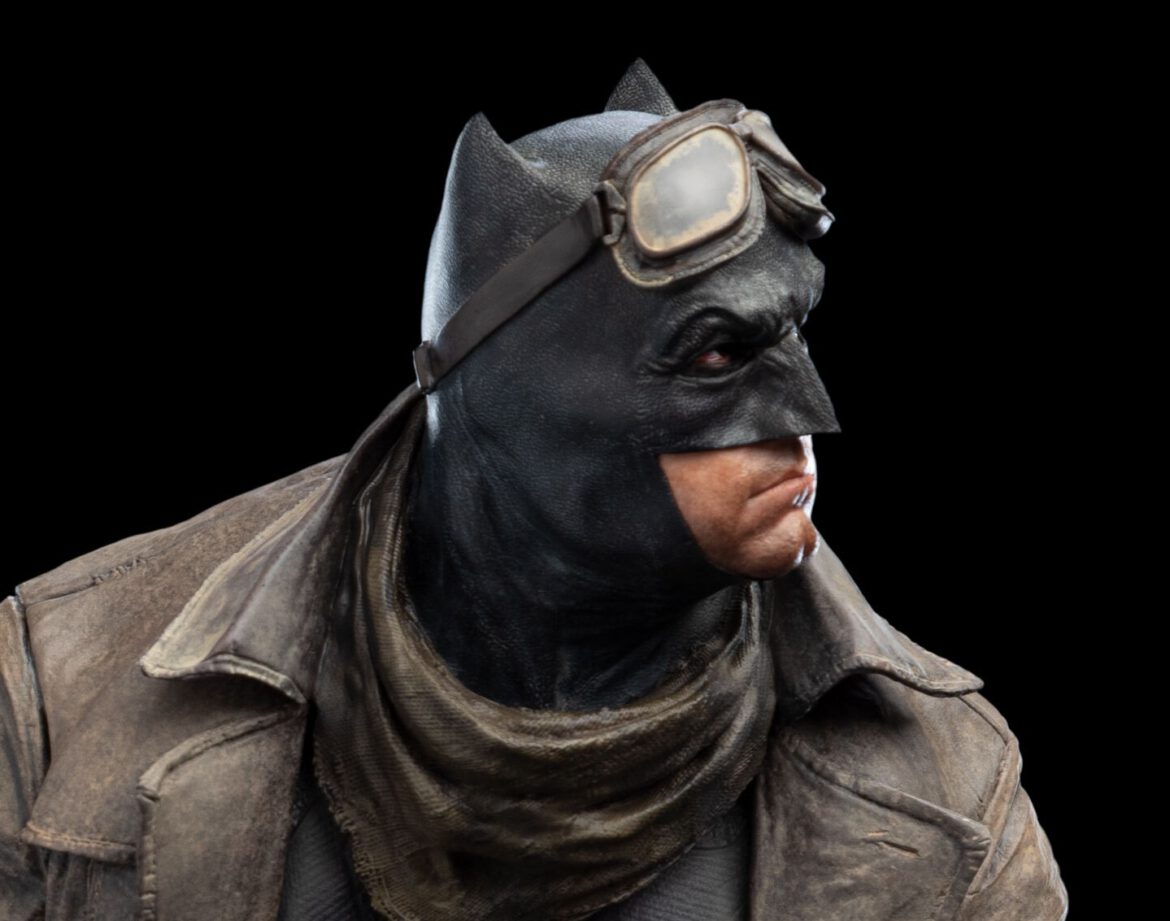 Weta Workshop has released details for their latest statue featuring the Knightmare Batman from Zack Snyder’s Justice League. The one-fourth scale statue stands over twenty-three inches tall and features swappable head and hand options. This statue joins the Joker statue that was previously announced in 2021. The new statue is priced at $1,199 and is expected to ship in the fourth quarter of 2022. You can preorder the statue by heading over to Entertainment Earth.

When the world’s greatest superhero goes rogue, Batman is left to lead an unlikely alliance, searching for a way to right the wrong that led Earth down the path of destruction. With Darkseid’s forces conquering the planet, a merciless Superman hot on their trail, and desperation at an all-time high, who is left to trust at the end of the world?

Zack Snyder’s Justice League brought us a chilling glimpse of a future where The World’s Greatest Detective finds himself caught up in an apocalyptic Knightmare. Usually prowling the dark street of Gotham, Batman now finds himself trying to keep a low profile amongst the open wastes. Weta Workshop is proud to bring Zack Snyder’s vision of Batman to collectible form.

Please note: images are of a pre-production prototype. Each sculpture is hand-painted and minor variations will occur.

Weta Workshop is thrilled to be recreating some of the world’s most beloved superheroes and terrifying supervillains from Zack Snyder’s Justice League. Bruce Wayne, with the help of his newest ally Diana Prince, seeks to recruit an unprecedented league of heroes to stand up against the biggest threat they have ever faced. It may be too late to save the planet from an assault of catastrophic proportions.