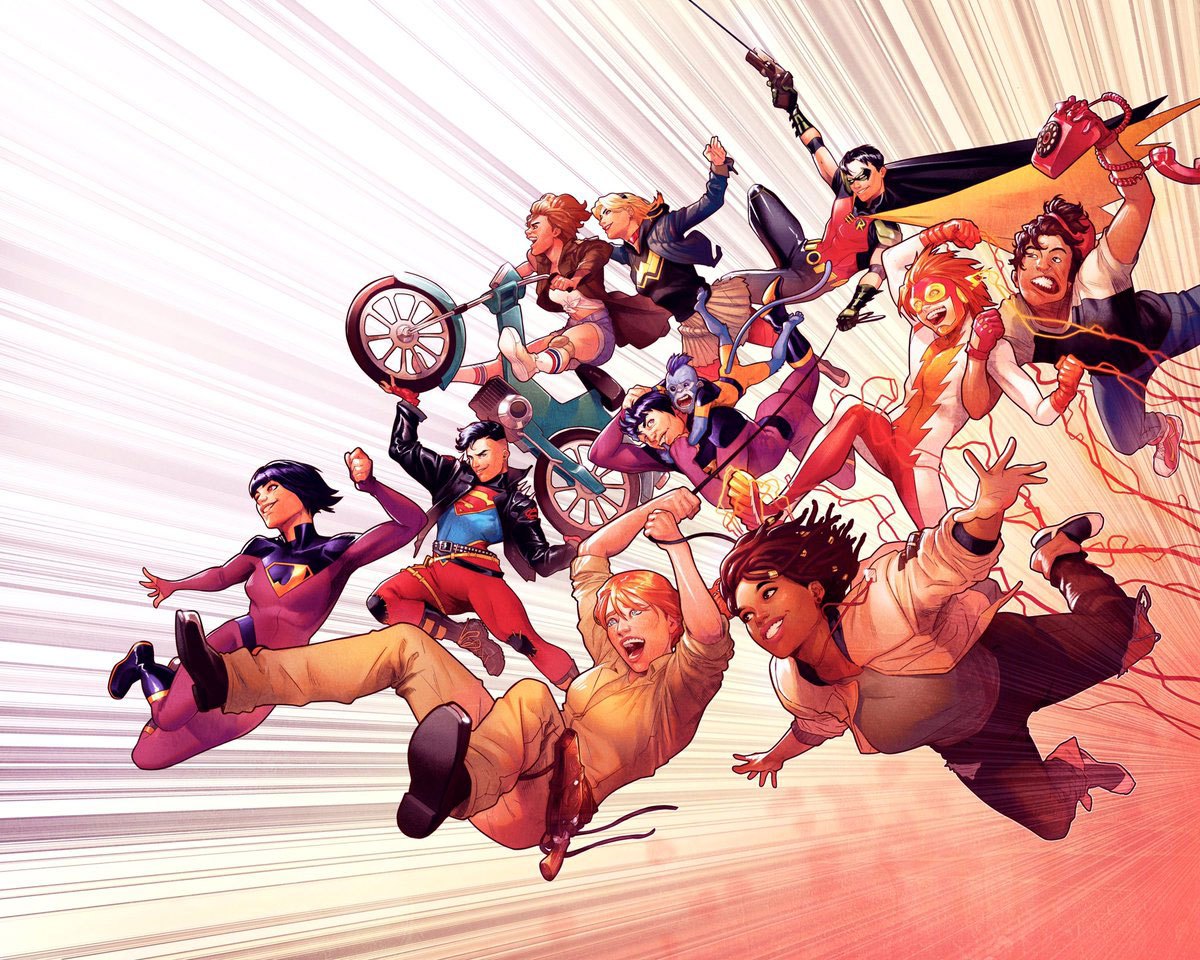 The line will be led by an all-new Young Justice series which will feature the return of Impulse (Bart Allen), Superboy (Conner Kent) and Tim Drake as Robin. That’s right. Not Red Robin, but Robin. Patrick Gleason will handle art for the series which will debut in early 2019. Here is the concept art for the new series by Gleason. Bendis follows in the footsteps of other creators who have managed to score a DC imprint, most notably My Chemical Romance’s Gerard Way. Way curated the Young Animal imprint which included familiar characters like Doom Patrol and introduced new ones such as Mother Panic and Eternity Girl. Young Animal, which concluded last August, was an imprint built for a younger artistic crowd, which raises the question of what personal spin Bendis will place on Wonder Comics.

Wonder Comics will also include a group of titles besides Young Justice including a Wonder Twins title from Mark Russell and Stephen Byrne, Dial H for Hero from Sam Humphries and Joe Quinones and a new title called Naomi from Bendis and David Walker with Jamal Campbell on art.

Excited for Tim to have a place in the DC Universe again? How do you feel about him losing the “Red” in his name? Sound off below.