DC Brings Back the Brave and the Bold in New Miniseries 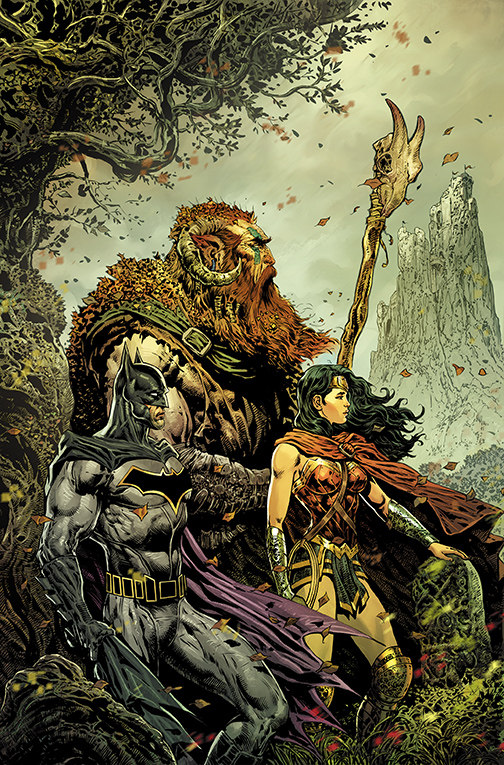 After teaming up to form the titular team in Justice League, Batman and Wonder Woman will also be coming together in a revival of DC Comics’ The Brave and the Bold. The six-issue story, written and illustrated by Liam Sharp, will center around the death of an Irish god, and Wonder Woman and Batman’s investigation into the event. On falling under the Brave and the Bold banner, Sharp told The Washington Post:

“The fact that they’ve pegged it to ‘The Brave and the Bold’ makes so much sense. It’s thrilling, It kind of gave it even more gravitas and gave it a real reason for being. It just seemed like perfect timing. There’s an element of classicness to the whole concept as well. It just gives it more weight.”

This is the same project that Sharp had mentioned last month at the Stan Lee Comic Con. While the announcement itself seems to be focused around the reveal that Brave and the Bold is returning, it is unknown on whether this will be a ongoing series after Sharp’s six issue story, a new anthology series or just a miniseries bearing the famous name.

Sharp previously tackled art duties on Greg Rucka’s run on Wonder Woman, so this is a logical way for the artist to continue using the character while telling his own story and creating his own mythology surrounding the character. While Diana and Steve Trevor are still an item following Rucka’s run, Sharp promises a bit of romantic tension between her and Bruce. As for how excited Sharp is to draw Batman, he says “I’ve just been giggling to myself, to be honest. I was drawing the Batmobile and my kids asked me how I was doing and I said, ‘I’m drawing the Batmobile!’”