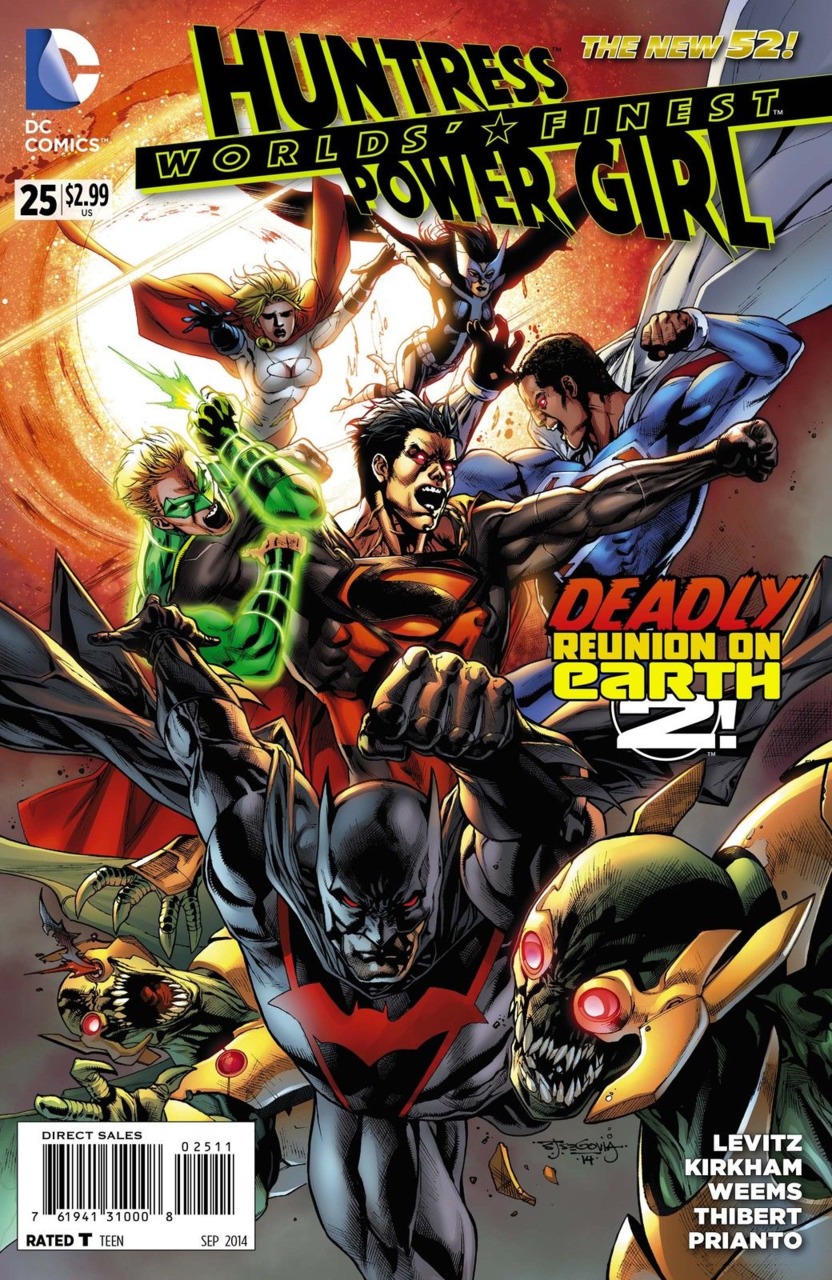 To continue my ever growing list of comics I'm reading for the first time, Worlds' Finest is next. First off, the cover… Batman looks awesome, everyone else… Not so much. It was done by two different artists, and I'd say one is drastically better than the others. Paul Levitz has been taking his time writing out the story for this book. Whether you think that's a good or bad thing, I'll leave up to you. The premise of this book, is that Kara Zor-El (cousin to Superman) & Helena Wayne (daughter to Bruce Wayne & Selina Kyle) fell through a portal from Earth 2 and into Earth Prime. They have spent the last 5 years here, and have grown into heroes in their own right. But as issue #25 kicks off, it's their farewell tour. They are finally going back home.

The artist is Tyler Kirkham, and although I think the guy is really talented, his female characters are very sexualized… To the point where it's distracting. This bothers me, and takes away from the story. His monstrous creatures, and superheroes look great. It's the women, where the guy… Puts too much emphasis on certain things.

Kara's come back from a night of partying, and Helena gives her a hard time. They go back and forth, and we learn what kind of characters they are. An assistant comes, and Kara gives him the papers for their will, since they will be leaving later. They enjoy their last day in Boston, flirt with some guys, until they hear a scream…

Desaad is worshipping Darkseid, wondering why he was left behind. He plans to catch a ride with our heroes back to Earth 2, and makes his way to the lab. He attacks the crew, pointing out one girl in particular when Kara punches her way in. She and Huntress fight him, as well as the Parademons coming through the portal. Once completed, they make their way through, seeing nothing but ruins.