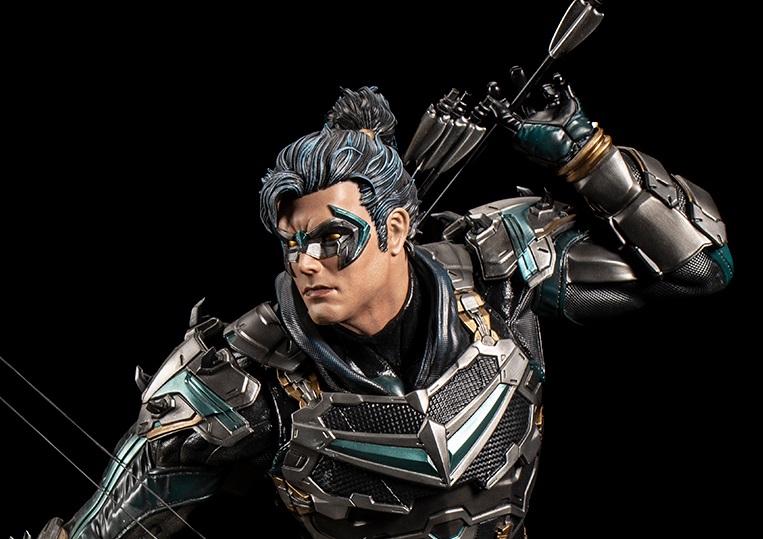 XM Studios has released details for their latest DC Premium Collectibles series statue, which features Nightwing as a samurai in 1:4 scale. The statue measures about two feet tall and features three interchangeable heads, two left arms, three left hands, and three right hands. The statue is limited to an edition size of 599. It is priced around $900 and is expected t ship in mid-2021. You can preorder the statue directly at XM Studios.

XM Studios is excited to present our next DC Premium Collectibles series statue, Nightwing! Immortalized in amazingly detailed 1:4 scale cold-cast porcelain. Each painstakingly handcrafted statue is individually hand-painted with the highest possible quality finish. This unique line is a result of creative collaboration between Warner Bros. Consumer Products and XM Studios to showcase the Batman universe in exotic settings as you’ve never seen.